Salute to the Duke of Possibilities 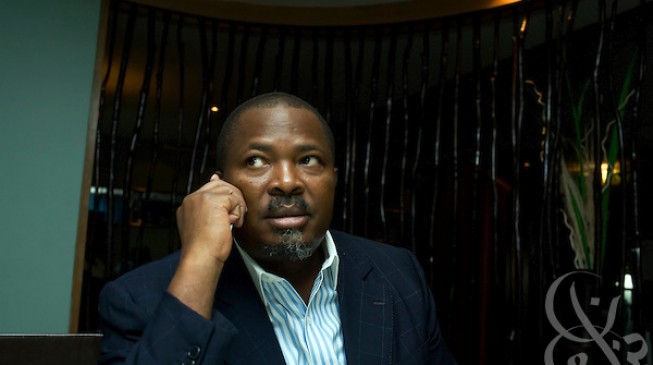 Love him or loath him, you can’t take one thing away from Prince Nduka Obaigbena: his phenomenal pluck. The word “impossibility” simply doesn’t exist to him. So, he dares where most will dither. He throws himself and everything and everyone around at his latest ideas. And he is always brimming with them, for he is an ideas man, a dreamer of dreams. But he is not just an idle dreamer. He is also a man of action. The possibility of failures scares him not, fazes him not, immobilises him not. So he keeps walking. And dreaming.
If the dream turns sour—as dreams sometimes do— he just pauses, then dreams more. And when he succeeds—as dreamers sometimes do— he barely pauses, savours the fruit of his dream a bit, then dreams more. He comes across as someone who gets bored easily and is constantly looking for new grounds to break. His is a spirit in constant exploratory mode. You can accuse Obaigbena of many things, but it is difficult to successfully indict him of lacking imagination, or of not daring to dream BIG.
Obaigbena’s first audacious move that captured the country’s imagination was in 1987 when as a 27-year-old he started ThisWeek, an all-gloss national news magazine. Though he had had some stint as a cartoonist and satirist at The Nigerian Observer (published out of Benin City) and as a representative of the supplement sections of Newsweek and Time magazines, Obaigbena did not have the intimidating journalistic pedigree of a Dele Giwa (who with three other journalism notables of the era started Nigeria’s first quality news magazine, Newswatch in 1985) or the deep pockets and national name recognition of an MKO Abiola (publisher of the Concord Group of newspapers) or the old money background of a Felix Ibru (who was assisted by the legendary Stanley Macebuh to start The Guardian, which for a long time towered, colossus-like, above the quality newspaper landscape in Nigeria).

What Obaigbena lacked in all of that, he more than compensated for with uncommon boldness. He plunged headlong into the elite league of magazine publishing in Nigeria. And he did it in a way that couldn’t but be noticed, with nerve and panache, two attributes he will later be known for down the decades. The new kid on the media block in 1987 was not there to play. Rather, he was there to play big. He pulled together a respectable board of directors that included the late Gamaliel Onosode and renowned journalists from the leading media houses of the time, led by the inimitable Sonala Olumhense.
And not a man for half measures, he wanted his newsmagazine to be comparable to Time and Newsweek not just in terms of content but also in print quality. ThisWeek was thus printed in London, freighted into Lagos, and sold in major cities in Nigeria. In short steps, ThisWeek became a force to reckon with, giving Newswatch (the king of the pack of that period) a good run for its money. But ThisWeek’s dazzling run came to an end in 1991. This happened due to different reasons, depending on whom you speak to. Based on how the experiment ended, most people would be traumatised. And even if they are not, it would be impossible to convince investors and journalists to come with them again. But not Obaigbena. It was just a break in transmission. He would be back.
And he did come back. After a not-so-eventful stint in politics, he returned with THISDAY in 1995. Not many gave the refreshing newspaper a chance—including my humble self. The received wisdom was that whatever initial advantage that THISDAY enjoyed was because the major newspapers of the day were under proscription. Once the ban on established newspapers like National Concord, The Guardian, Punch and others was lifted, THISDAY and others that came to fill the void would pack up. The established papers returned, and indeed most of the space fillers gasped and disappeared. But not THISDAY. The paper is not just still here as the paper of choice for Nigeria’s political and business elite and getting ready to mark its 25th anniversary in January, it has been a major force in Nigeria’s media landscape. It would be hard for anyone to write an authoritative history of Nigeria’s traditional media in the last three decades and not devote sizeable space to THISDAY, and I say this as a more than casual student of the 160 years of newspapering in Nigeria.
THISDAY’s reputation as a media trailblazer is not in doubt. I am one of those who still think that the paper could have done much more and probably be better managed. But even at that, the sterling contributions of THISDAY to the following milestones in Nigeria’s media cannot be over-emphasised: the comprehensive treatment of breaking stories, the prioritisation of political and economic analyses, the emergence and popularity of back-page columnists, the tasty coverage of fashion and high society in glossy pull-outs, and the emergence of full-colour newspapers.
At some point, THISDAY almost became synonymous with not just breaking stories but also breaking new grounds for the industry, a trait that Obaigbena has also taken into other trailblazing and pan-African ventures such as THISDAY Excellence Awards, THISDAY South Africa, THISDAY International, THISDAY Music and Fashion Festival, and ARISE Television. To be sure, the staff and management of THISDAY and others contribute in no small way to this pioneering propensity. But the bulk of the credit must go to Obaigbena who constantly pushes the limits and refuses to believe anything is impossible.
This publisher (who actually prefers to be called the editor-in-chief or just a reporter, depending on his mood) is not your passive publisher. He is always in the thick of things, working his expansive rolodex and access for stories and insights, deploying his artistic impulses to give the paper and other ventures distinct aesthetic edge, tapping into his cosmopolitan reach to comb for ideas that can be simultaneously localised and internationalised, and spotting and playing talents to their sometimes hidden strengths.

There are two other personal attributes that I don’t think people give Obaigbena enough credits for: he can be surprisingly generous and he can be disarmingly forgiving. Those early days of THISDAY, he would return from trips abroad with gifts for his staff, and because he has a good taste you could be sure of the quality of what you get from him, be it wrist watches, perfumes or shirts. Beyond token gifts, he is also known for giving out major gifts, including brand new cars. I have been one of such beneficiaries, even when I was no longer in his employ. How forgiving he could be is the more surprising for me. THISDAY is known as the place that ex-staff could always return to, even if they had a hostile exit. I joke that he embodies the free-entry/free-exit spirit of the competitive market (he is an unapologetic believer of the gospel of Free Market).
Like the rest of us, he is just human. A Hausa proverb says the best a man can be is nine out of ten (and not a perfect ten). But his talents, his boldness, his contributions to journalism and cultural landscapes, and those touching traits give, in my book, a rounded and more than redeeming view of this exceptional prince of Owa Oyibu who is also a citizen of the world. As the man for whom the word audaciousness seemed coined turns sixty on July 14th, I wish him good health and many more years of pluck and possibilities.
This tribute by Waziri Adiois an abridged version of an essay in a forthcoming book dedicated to Nduka Obaigbena and was first published on TheCable. A former staff of THISDAY, Adio is the executive secretary of NEITI.