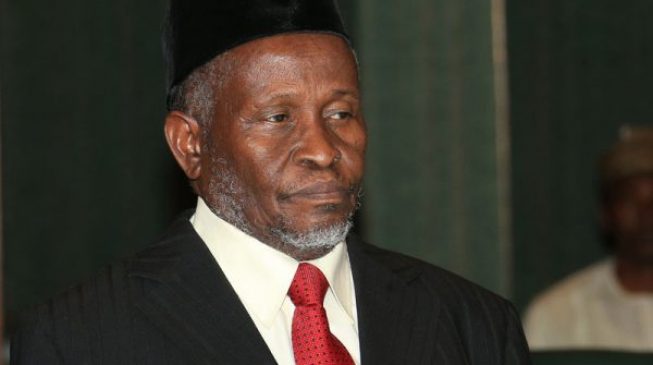 The senate has confirmed Ibrahim Muhammad as chief justice of Nigeria.
He was confirmed at plenary on Wednesday.
ADVERTISEMENT
The senate had earlier gone into a closed-door session over his confirmation.
TheCable reports that the upper legislative chamber went into the session after Abdullahi Abubakar, senate leader, moved a motion for the confirmation of Muhammad.
On Tuesday, Senate President Ahmad Lawan had asked that copies of Muhammad’s curriculum vitae (CVs) be shared among the senators.
Muhammad has been occupying the office of CJN in an acting capacity since January.

He took over the office after President Muhammadu Buhari suspended Walter Onnoghen for alleged misconduct.