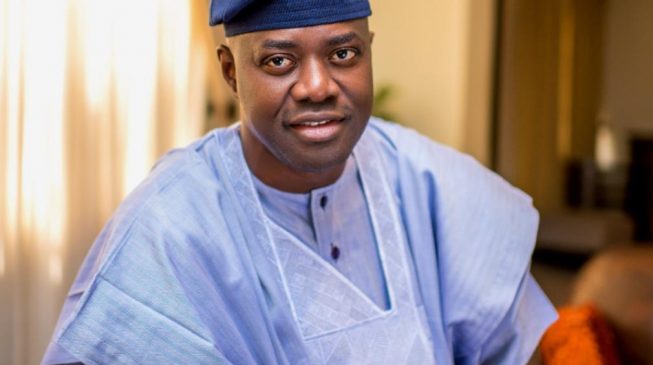 Seyi Makinde, governor of Oyo State, has publicly declared his assets — and he is worth over N48 billion.
The governor, who said he has fulfilled one of his campaign promises, encouraged members of his team to do the same.
According to a statement by Taiwo Adisa, chief press secretary to the governor, TheCable reports that Makinde of Oyo had cash at hand and in the bank worth N234,742,296.01, as at May 28, 2019.

Taiwo said the asset declaration form contained details of cash at hand, in the bank, landed properties (developed and undeveloped), household items, share and bonds owed by the governor, Omini Makinde, his wife, and his companies.
In dollar terms, the Governor has cash valued at $30,056.99 as at the same date.
Properties, including the developed and undeveloped as well as household items indicated on the asset forms, showed that the governor is worth N2,624,800,500 as at the date of asset declaration.
In dollar terms, the governor also declared properties, developed and undeveloped as well as household items valued at $4,400,000.
In South African rands, the governor declared buildings and household items worth R4,457,554.04.
The governor also declared details of nine buildings in Nigeria, two in the United States of America and one in South Africa.
The details showed the current value of Makinde’s companies stand at N48,150,736,889 with 33,730,000 units of shares as at May 28, 2019.
According to the statement, the companies owned by Makinde include; Makon Engineering and Technical Services Limited; Energy Traders and Technical Services Limited; Makon Oil and Gas Limited; Makon Group Limited, Makon Construction Limited and Makon Power System Limited
The governor also has eurobond worth $3,793, 500 as well as shares, debentures and other securities valued at N120,500,000.
On Monday, Makinde visited the Oyo state office of the code of conduct bureau (CCB) in Ibadan, the state capital, to receive a copy of the asset declaration form.
During his visit, he said the public declaration of his asset is in fulfillment of one of his campaign promises.
He urged members of his cabinet to follow his lead by making details of their asset public.
“I came here to collect the photocopy of the form that I signed in fulfillment of the campaign promise to the people that I will declare my asset publicly and release the document to the public,” he said.
“I will encourage all the members of my cabinet to do the same thing but in as much they stay within the ambit of the law, I will encourage them to do the same.”

The governor had earlier forwarded the billfor the creation of Oyo state anti-corruption agency to the state house of assembly.
He said he ready to wave his immunity to appear before the agency if found wanting.