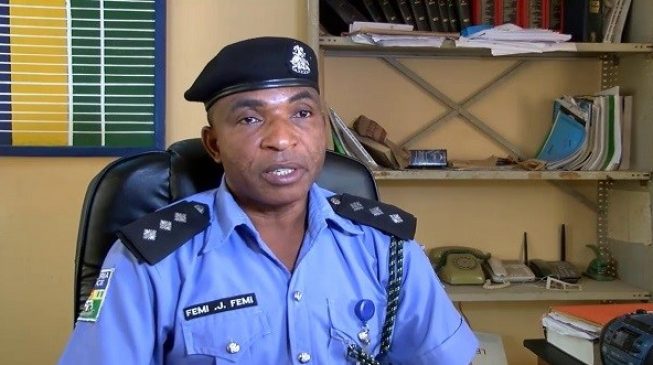 The police in Ondo say a yet to be identified man was kidnapped after gunmen attacked Funke Olakunrin, daughter of Reuben Fasoranti, leader of Afenifere, pan-Yoruba socio-political group.
Olakunrin died after the attack at Kajola on Ore-Benin expressway on Friday.
TheCable reports that Femi Joseph, police public relations officer (PPRO) in the state, said three vehicles were involved in the incident.

“One woman named Funke Olakunrin was shot but died before our men could take her to the hospital. The woman was travelling in the Toyota Jeep,” he said.
“One man in another Toyota Camry Car was abducted by the gunmen. Our men have rescued seven men travelling in the commercial bus belonging to the Young Shall Grow Motors Limited. We have begun search for the man that was abducted and to get the hoodlums.”
Yinka Odumakin, Afenifere spokesman, said the murder of Olakunrin is declaration of war on the Youruba people, blaming it on suspected herdsmen.
“When they started with the kidnapping process, they started with Olu Falae, a prominent leader in Akure. Whether deliberately or intentionally, this is clearly a declaration of war on the Yoruba. They shall hear from the Yoruba nation,” he had said.
But Joseph said the identity of the killers is not known, adding that until an arrest was made, it would be difficult to identify those behind the act.

“You have to wait for us to arrest them. Somebody you have not arrested, it is difficult for you to establish his ethnicity,” he said.

‘Trouble’ is featured this weekend on Godfrey Times African Rhythms.

‘Trouble’ is featured this weekend on Godfrey Times African Rhythms.