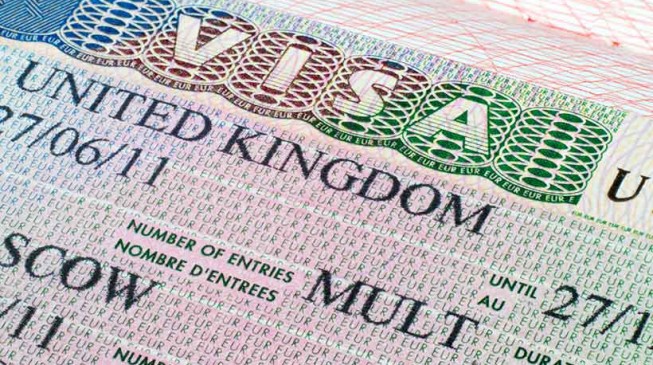 The All-Party Parliamentary Groups (APPG) for Africa says the UK visit visa system is widely inaccessible to many Africans and widely perceived as discriminating.
In a statement released on Tuesday, TheCable reports that APPG said a study it conducted showed that African applicants are more than twice as likely to be refused a UK visa than applicants from any other part of the world.

“After six months of evidence gathering, a parliamentary report, published on 16th July by the All-Party Parliamentary Groups (APPG) for Africa, for Malawi and for Diaspora, Development and Migration found the UK visit visa system was not currently fit for purpose, being inaccessible to many Africans, under resourced, unaccountable and widely perceived as biased or even discriminating against Africans,” APPG said.
“The report identifies specific challenges faced by Africans in applying for visas to the UK, including; a centralised application system that requires many applicants to travel hundreds, even thousands of miles simply to apply for a visa.
“Weak quality control and lack of oversight leading to erroneous, careless and sometimes offensive decisions.
“Perceived lack of procedural fairness: in many cases additional documentation and evidence is requested over and above that specified in the guidelines, but even then some decisions seem to be arbitrary and illogical.
“Financial discrimination in decision-making:  many applications are rejected because the applicant has little money, even though all costs have been guaranteed by a sponsoring third party.
“No right of appeal, requiring expensive re-application to correct a mistaken decision.”
Chi Onwurah, chair of the APPG for Africa, also said at a time when the UK needs to be “open for business”, the broken visas system is doing severe damage to UK-Africa relations across a variety of sectors.
“As well as our relations, it damages our economy and society. It is embarrassing, patronising and insulting to African applicants and leaves the slogan of “Global Britain” empty and meaningless,” it said.
To help respond to concerns raised by the findings, APPG recommended expedited application processes for those applicants who currently have to travel to a neighbouring country to apply and/or be interviewed for a visa.
Also recommended is clearer information to visa applicants on visa application processes and requirements, especially in terms of supporting documents that must be submitted by the applicant.

It also recommended opening more visa application centres (VACs) in countries where there are none.
APPG added that the UK has good relations with most African countries, but it needs to realise that no single issue does more damage to the image or influence of the UK in Africa than this visa question.