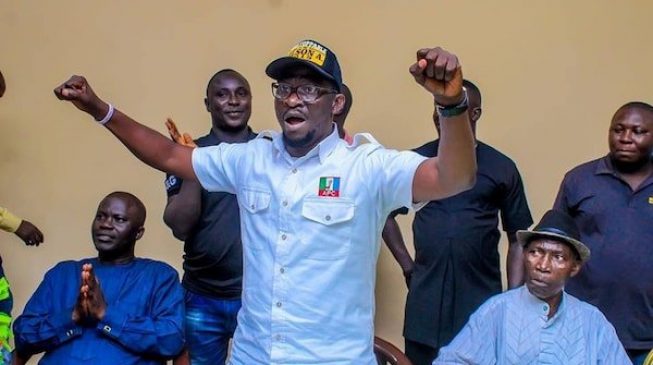 A video showing Wilson Dauyegha, minority leader of the Bayelsa house of assembly, attacking Jotham Amos, chairman of the All Progressives Congress (APC) in the state, has surfaced online.
TheCable reports that Fatimah Oyelami, a social media influencer, shared the video on Twitter on Thursday.
It is not clear when the footage was shot.


ADVERTISEMENT
The lawmaker representing Ekeremor constituency in the state assembly was seen attacking the state chairman over what was described as the party’s decision to adopt direct primary to pick its gubernatorial candidate.
In the video, Amos rushed to Dauyegha who tore a document and threatened to deal with the APC chairman.
“What kind of chairman are you? You are a stupid chairman. I’ll deal with you,” he said.
Below is the video:
“A member of the Bayelsa State House of Assembly Hon Wilson Dauyegha attacked the chairman of the APC @OfficialAPCNg in Bayelsa State Hon Jothan Amos (ESQ) and he also vandalized the party’s property over a joint resolution on Direct primaries for the party primaries,” Oyelami tweeted.

A member of the Bayelsa State House of Assembly Hon Wilson Dauyegha attacked the chairman of the APC @OfficialAPCNg in Bayelsa State Hon Jothan Amos (ESQ) and he also vandalized the party’s property over a joint resolution on Direct primaries for the party primaries. 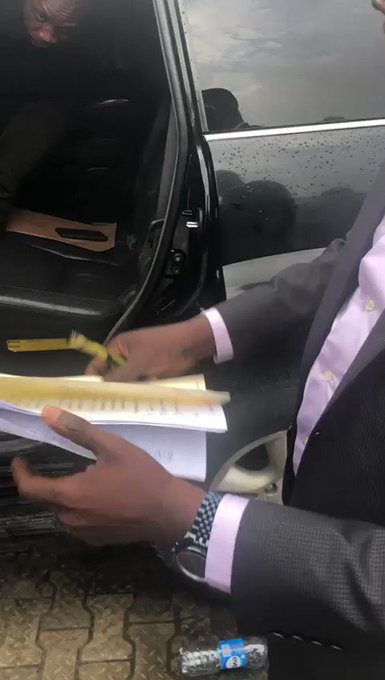 96 people are talking about this