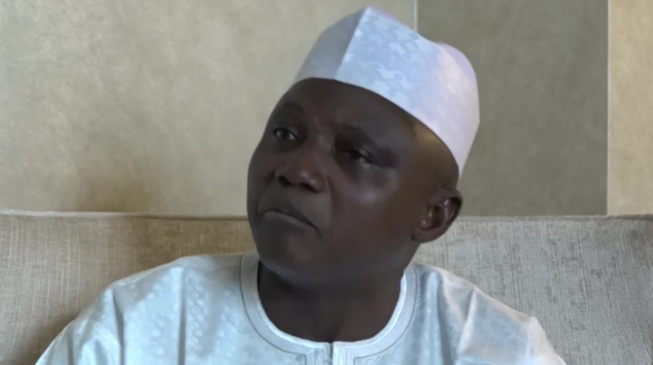 Garba Shehu, senior special assistant to President Muhammadu Buhari on media and publicity, is facing backlash over a comment he made about Oby Ezekwesili, former minister of education, on Sunday.
One Christopher Okagbare had made a post on Twitter asking for Shehu’s reaction to comments made by Ezekwesili against the president.
ADVERTISEMENT
“Dear @GarShehu, Oby (Ezekwesili) has lately attacked the President at so many fora and you not reacting. Why?” he asked.
TheCable reports tha the presidential spokesperson, however, responded by asking: “What is Oby?”
Reacting to Shehu’s comment, some Nigerians lambasted the presidential spokesperson for undermining the former minister.
Deji Teye warned Shehu to be mindful of his actions as power is just transient.
“You once said on National TV: “Power is Transient.” Be mindful. Be careful. Power is transient. Life is a cycle. Once upon a time, you were not there. Once upon a time to come, you won’t be there. Be circumspect,” he said.
One Chinwe Ofoha warned the presidential spokesperson against talking down on people.
“Just because you made it to d villa to run errands doesn’t mean you should talk down on people,truth is no one will make you a minister in any govt in this country,” she said.
Nedu Ekeke said:” LOL. I think you should rather ask, what is NOT Oby?
“Oby is NOT a mentally lazy man, whose slave u are, who doesn’t have ordinary School Certificate and now requires a dozen senior lawyers to convince us that he has.
“Oby is NOT a coward who grovels before incompetence daily.”
Jubril Mahmud said, “The official spokesperson of the president calling a two-time minister of the same federation a “what”. This is uncouth Sir. May history remember you well too.”