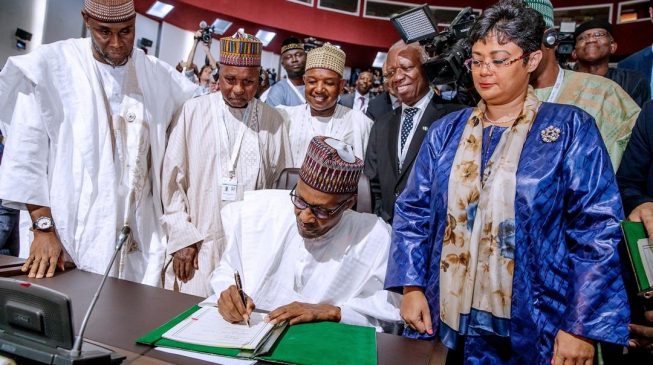 President Muhammad Buhari has finally signed the African Continental Free Trade Area (AfCFTA) agreement. The president signed it at the 12th extraordinary session of the assembly of the union on AfCFTA and the first mid-year coordination meeting of the African Union (AU) and the regional economic communities (RECs) in Niamey, Niger Republic.
Buhari had delayed signing the agreement, explaining that he needed to understand the terms.
“Already, some of the treaties we are a party to have been significantly abused, resulting in massive smuggling which has crippled many of our local industries and destroyed millions of jobs,” Buhari had said.

But in June, a committee he set up on AfCFTA recommended signing of the treaty. Receiving the report, Buhari had said the treaty will have positive and negative impacts on Nigeria and its neighbours.
Here's a report from TheCable, that discloses all you need to know about AfCFTA: The free-trade zone is the largest in the world since the creation of the World Trade Organisation in 1995.
AfCFTA is a trade agreement between 54 AU member states, with the goal of creating a single, unified market for goods and services followed/facilitated by free movement and a single-currency union.  At exactly 10:48am on Sunday, Nigeria became the 53rd country to append its signature to the document.

THA GAMBIA AS A ‘GOLDEN CHILD’ 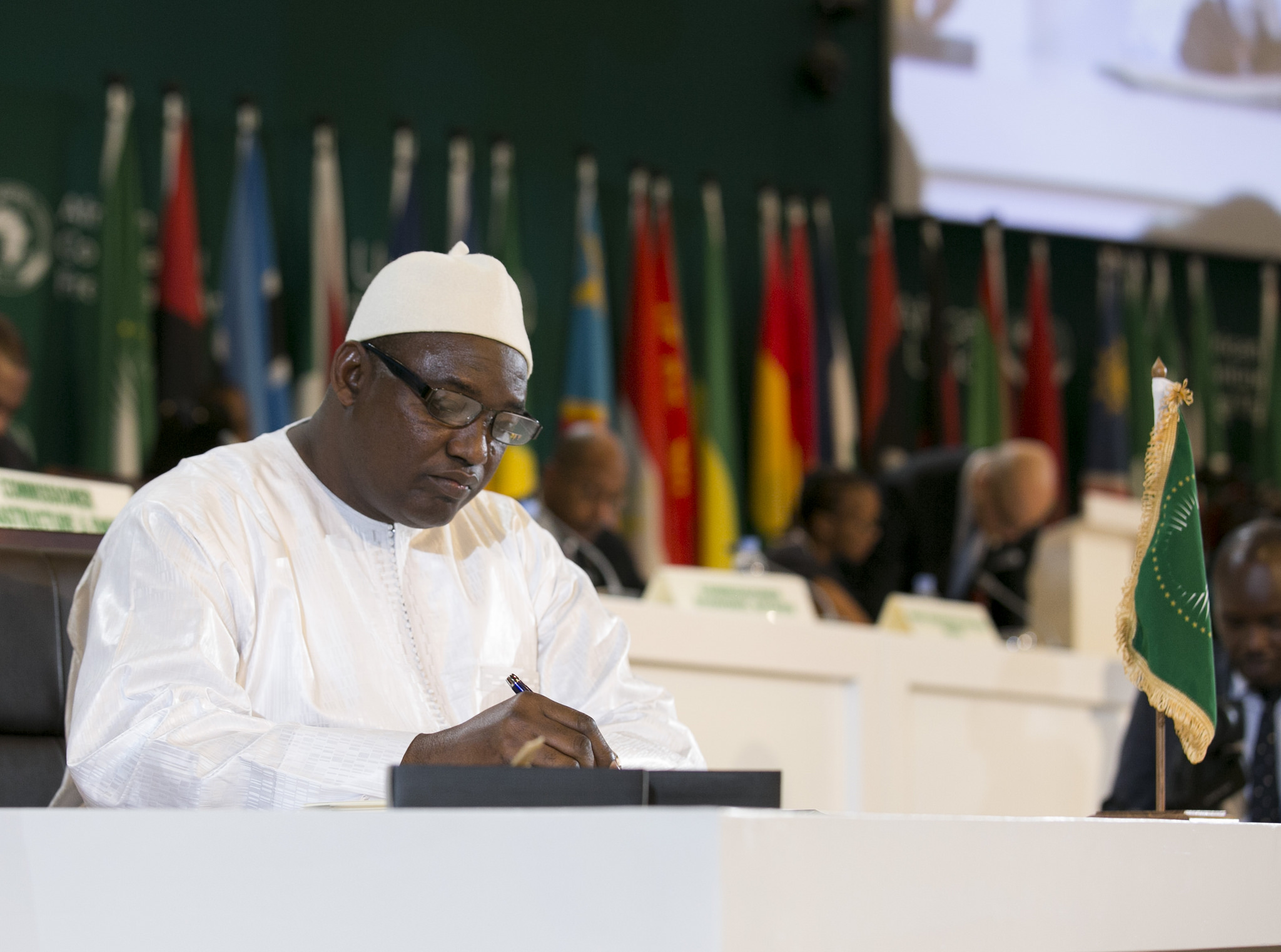 Adamah Barrow, president of Gambia signing the AfCFTA
On April 2, 2019, Gambia became the 22nd country to ratify the agreement, a year after it was first introduced.
Deliberations on the free-trade zone begun in 2015 and was originally projected to capture 55 countries.
A minimum number of 22 countries are needed for the treaty to be implemented.

NIGERIA ABSENT AS OTHER COUNTRIES SIGNED 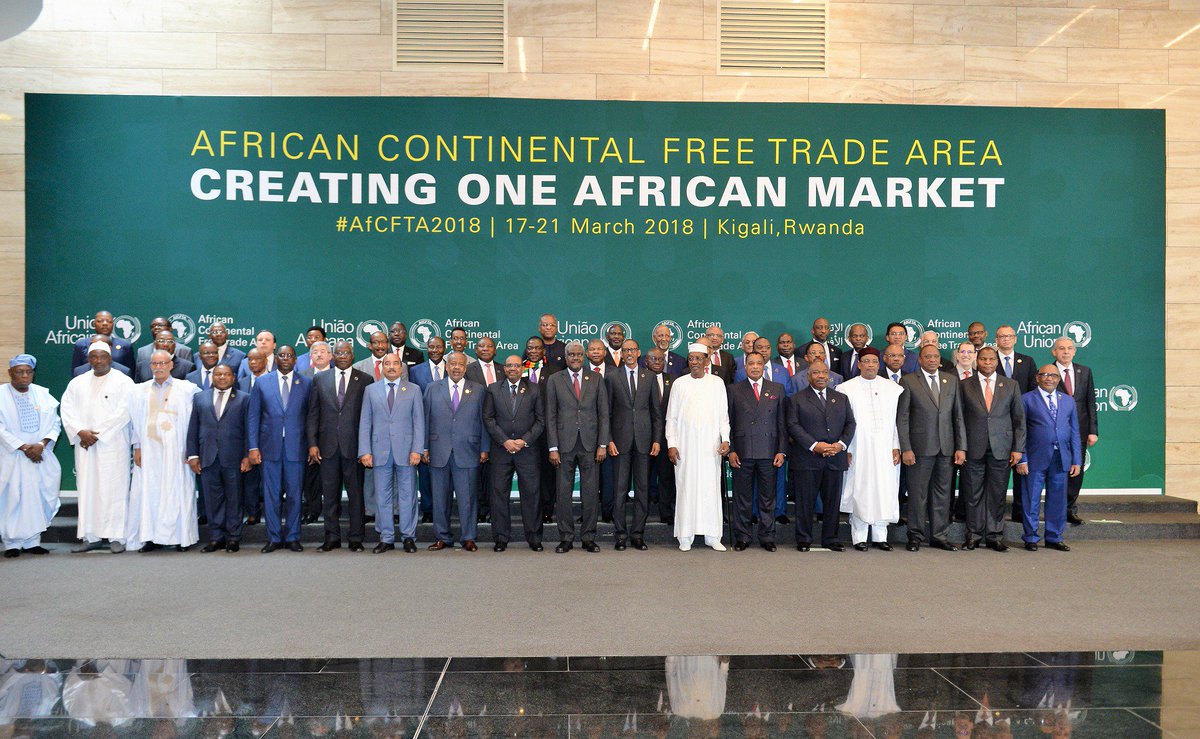 Nigeria was absent in March when leaders from 44 African countries signed the agreement to form a combined gross domestic product of more than $2.5 trillion continental free-trade zone. According to the United Nations Economic Commission for Africa (UNECA), the agreement is estimated to boost intra-African trade by 52 percent by 2022. 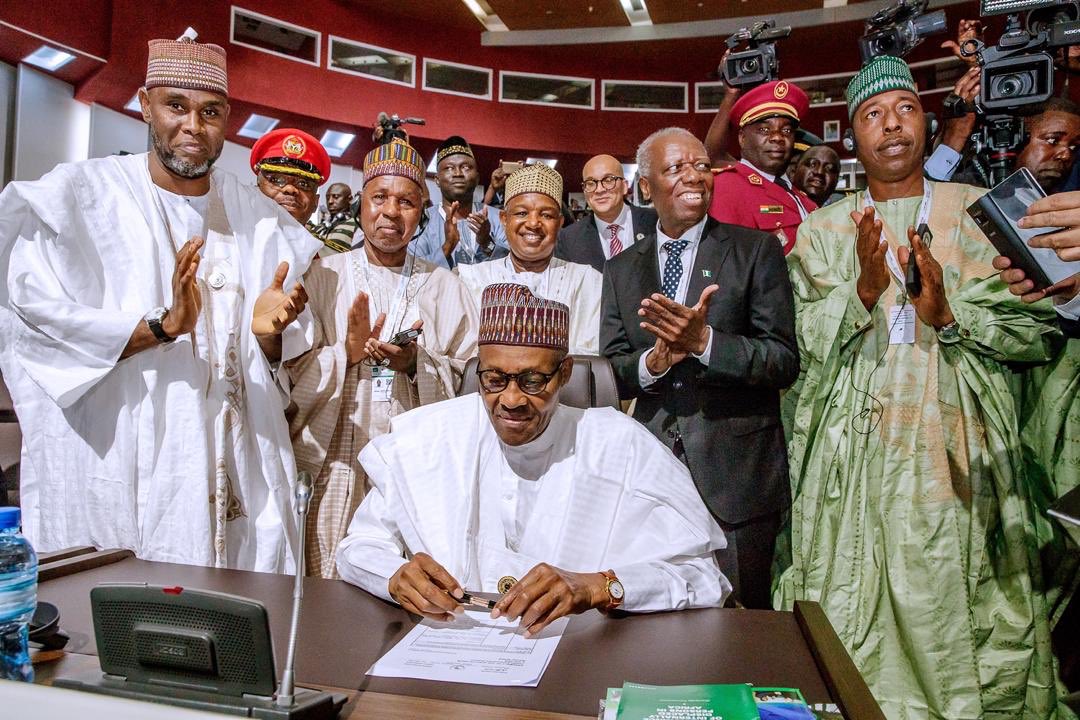 Buhari finally signs
AfCTA is expected to help African countries eliminate high tariffs and enhance intra-African trade. Permit producers to benefit from economies of scale and to access cheaper raw materials while consumers have access to cheaper imported products from other African countries. Enable access to a larger market of around 1.2 billion people which will, in turn, promote industrial development across the continent.
LAUNCH OF SUPPORTING INSTRUMENTS 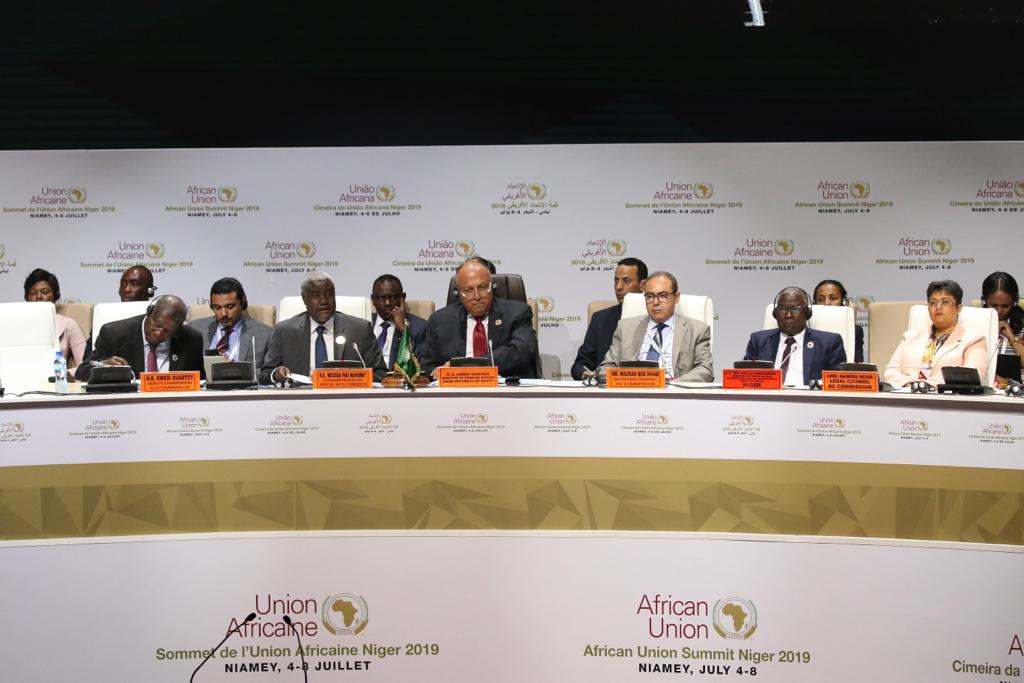