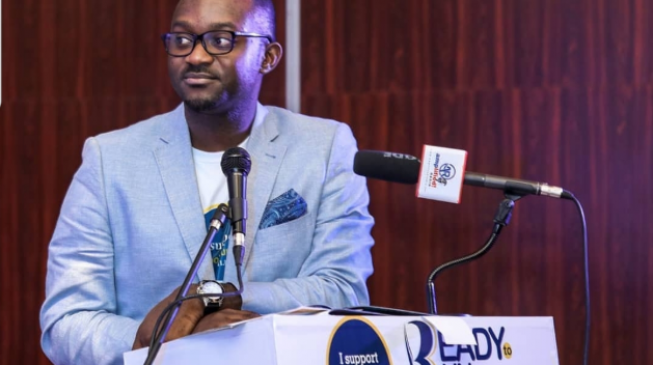 YIAGA Africa, a policy advocacy group, has expressed disappointment with President Muhammadu Buhari’s ministerial list.
The youngest person on the list is 44 years old.
In a statement, Samson Itodo, YIAGA’s executive director, expressed shock that Buhari did not consider any person below 35 years of age worthy of any ministerial position.


ADVERTISEMENT
TheCable reports that he said this is despite the president’s comment that “young people of Nigeria are now set to leave their mark on the political space”.
“Yesterday the ministerial nominees of President Muhammadu Buhari’s second term in office were announced at the floor of the national assembly. The list comprises 43 nominees coming from across all 36 states and federal capital territory with notable 7 women and no single person below the age of 35,” he said.
“The conspicuous absence of young people under the age of 35 in the ministerial nominees read by Senate President Ahmad Lawan as sent to the national assembly by President Muhammadu Buhari has to come us and the entire Nigerian youths as a big surprise.
“It is indeed disappointing to see that despite the giant strides made by young people especially in the area of politics and leadership, President Muhammadu Buhari has not seen any person below the age of 35 worthy of any ministerial position.
“Despite publicly proclaiming that young people of Nigeria are now set to leave their mark on the political space, just as they have done over the decades in entrepreneurship, sports, art, media entertainment, technology, and several other fields, we are surprised that President Muhammadu Buhari did not consider young people in his cabinet.
“While portfolios are yet to be assigned to ministerial nominees, it is obvious that from the list, the minister of youth and sports will not be a youth as none of the nominees is under the age 35 not to talk of the new National youth policy which classifies youth between 15 and 29 years old.
“This is in contrast with the faith President Buhari showed to young people when he signed the Not Too Young To run bill into law.”
He said the emergence of speakers under the age of 35 in some state houses of assembly demonstrates the youth’s  readiness to “effectively deliver”.
It urged governors to appoint young competent people to head various commissions in their states.
“While the wait for President Muhammadu Buhari’s cabinet is over, the wait for youth inclusion in his cabinet still lingers,” Itodo said.


ADVERTISEMENT
“State Governors across Nigeria still have an opportunity to change this narrative by appointing young competent people with character and capacity to head various commissions in the state.”