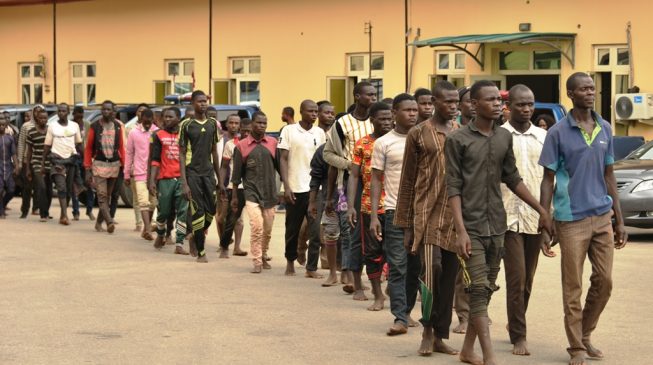 The Lagos State Environment Sanitation and Special Offenses Taskforce on Friday intercepted a truck laden with 48 motorcycles and “suspicious-looking” 123 men coming from Jigawa state.
Yinka Egbeyemi, chairman of the task force, said the truck was seized following a tip off by members of the public who raised security concern about the manner with which its occupants “conducted themselves”.
ADVERTISEMENT
There is yet no proof that they were preparing to commit any crime and this may lead to accusation of ethnic profiling.
He said after the interception, the truck and its occupants were moved to the office of the task force in Oshodi for interrogation.
After his team got a security alert from the public, he said, they seized of the truck and its occupants at Agege area of Lagos.
“While my team was on operation, we got information from the public that some people had entered into Lagos in trailer loaded with over 300 people. We swiftly responded to the alert and trailed the truck from Berger area to Agege. We eventually intercepted the truck which carried no few than 123 men and 48 motorcycles,” he said.
“We have interrogated most of the truck’s occupants; from the information we gathered, some of them said they were coming from Jigawa State, with 48 of them claiming to own seized motorcycles. The rest of them said they came to Lagos in search of greener pasture.” 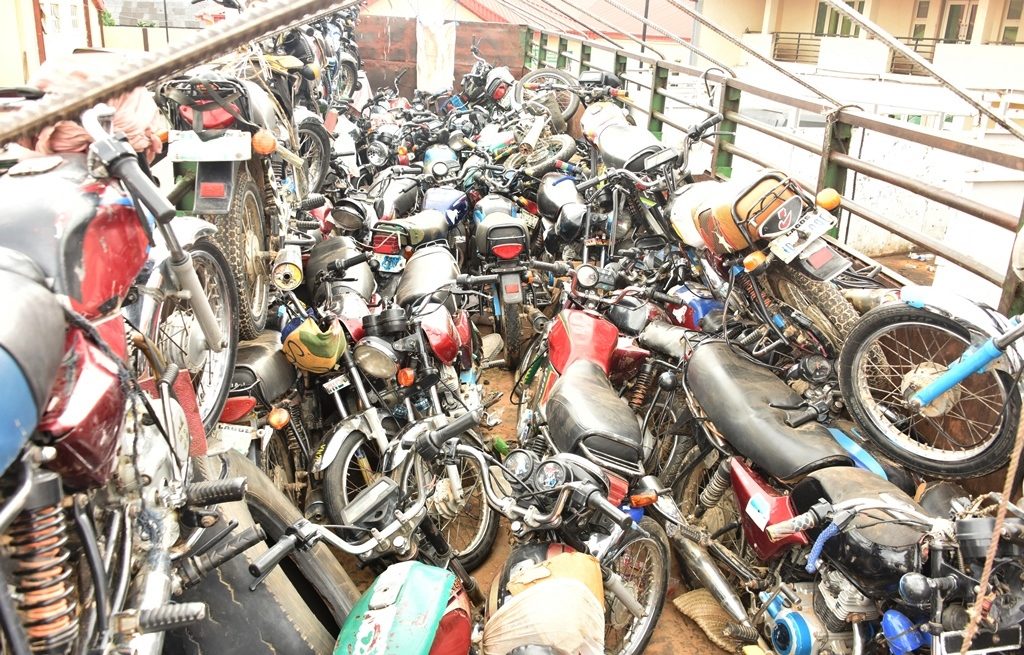 Some of the seized motorcycles
Egbeyemi said the Lagos police command had directed that a fact-finding panel be constituted to profile the detained occupants of the truck, but he added that nothing incriminating was found on them apart from the motorcycles.
One of the detained occupants, Shuaibu Haruna, said he left Jigawa to work in Lagos with his motorcycle. He claimed to have a wife and a son, but said he needed to double his income to cater for his family.
Haruna said he intended to stay in Isolo area to which he had already paid N7,000 as accommodation fee.
Another occupant, Mohammed Ibrahim, said he left his base in the northern part of the country to keep himself busy after finishing his farm work.
He said he was going to Badagry to join his brother.
In 2014, soldiers arrested 486 suspectedBoko Haram members along the Enugu-Port Harcourt expressway. The suspects, aged between 16 and 24, were being conveyed in 33 buses when they were stopped at the road between Aro-Ngwa and Imo Gate along the expressway.
Some of the buses conveying more persons were said to have sped off and escaped arrest.
ADVERTISEMENT
The suspects reportedly claimed to have come from different parts of the north and were searching for jobs.
The arrests created tension up north because of the apparent ethnic profiling and they were eventually released without any charges.

This report is credited to TheCable.