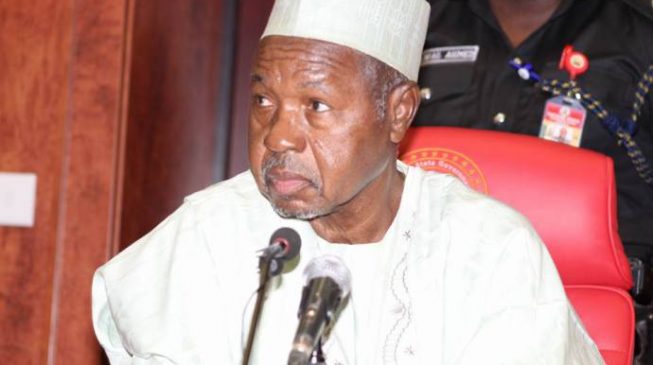 Bandits, cattle rustlers have been granted amnesty by governors in the north-west.
This was disclosed by Aminu Masari, governor of Katsina state, who read a communiqué issued at the end of a one-day security and reconciliation meeting with security agents, vigilante, volunteer groups, herdsmen and farmers on Thursday in Katsina.
Over the months, many lives have been lost in clashes between farmers and herders in the region.
The governors agreed that in pursuit of peace, bandits should drop their weapons and no herdsman should be attacked.
ADVERTISEMENT
“As from today, no vigilante group member or volunteers should attack or kill any herdsman, as sacrifice must be made by both sides to ensure peace reign,” the communiqué read.
“Herdsmen and their families should be allowed to go about their normal businesses, attend markets and worship places without molestation provided they don’t carry arms.
“Those bandits who rustled animals from communities should immediately return them to the government or Miyetti Allah Cattle Breeders Association.
“Bandits should surrender their weapons and immediately release all those kidnapped and now under their custody.
“We are happy that we have seen some releases of kidnapped victims from Zamfara and other states.”
Bello Matawalle, governor of Zamfara state who was in attendance, also added that the states would provide grazing reserve for the herders for them to settle in one place in the zone.
“We are concerned that herders are always roaming around with their animals thereby exposing themselves to different kinds of hazards,” he said.
“The governors took a uniform measure, you should also take a uniform decision not to rustle animals, kidnap or kill anyone. You should immediately release all people in your custody in order to show the world that you have truly repented.” 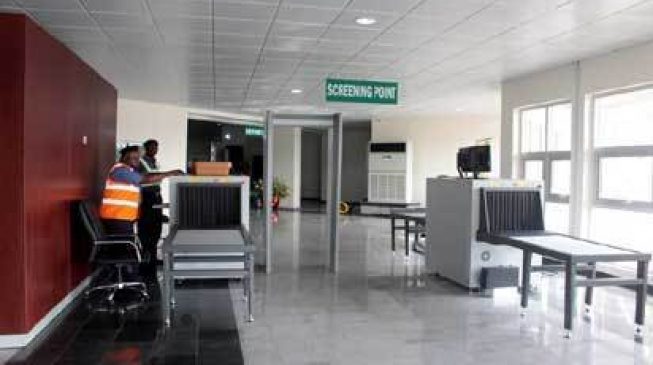 Ramatu Luka, an official of the Federal Airport Authority of Nigeria (FAAN), has been arrested for allegedly stealing $600 belonging to a pilgrim at the Yola airport.
Suleiman Yahaya, spokesman of Adamawa police command, disclosed this to journalists on Thursday in Yola, the state capital.
According to him, Hafsat Mohammed, the pilgrim, was said to have raised the alarm when she discovered that the money was missing in her bag.
Yahaya said that Luka, who was on duty during screening, discovered pepper in the bag of Mohammed which she threatened to seize if she was not given bribe.
Mohammed was said to have given the FAAN official 10 Saudi riyal to allow her travel with the pepper.
“It was during the bribe negotiation that the lady took 600 U.S. dollars from the woman’s bag she was searching,” Yahaya said.
“When the pilgrim later discovered her money was missing, she raised alarm and the money was found in the possession of the FAAN staff member.”
Yahaya said the FAAN official hid the money inside her hair and used her barrette cap to cover it.
He said the case had been referred to CID for further investigation after which the suspect would be charged to court.

EXTRA: A Guide to the Democratic Presidential Candidates

The next U.S. presidential election is not until November 2020, but there is already a large field of Democrats eager to contend for their party’s presidential nomination next year. Here is a list of those who have formally entered the race for the White House. 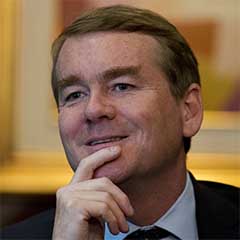 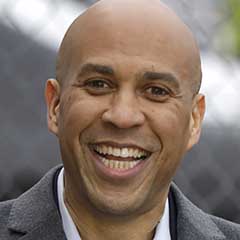 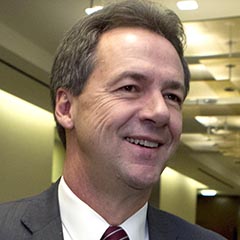 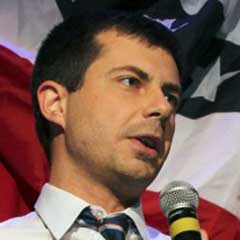 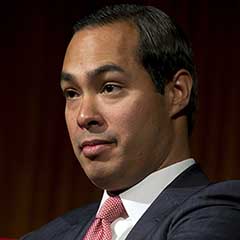 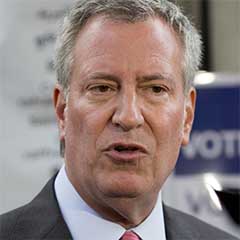 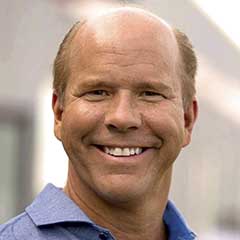 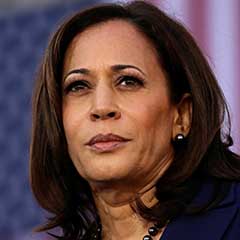 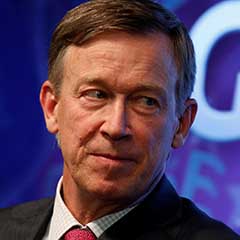 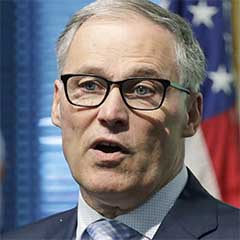 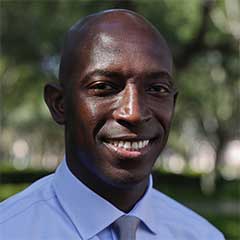 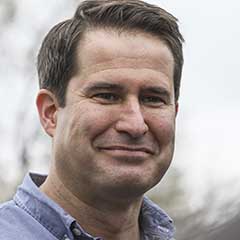 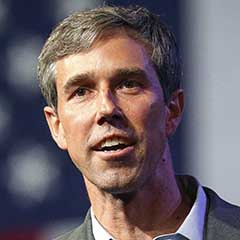 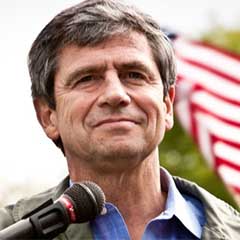 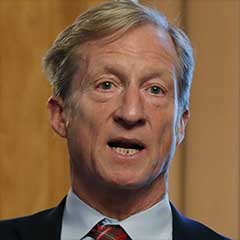 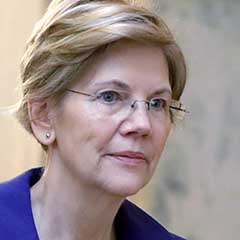 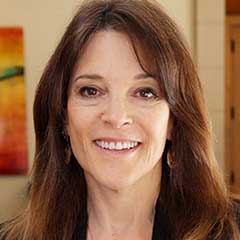 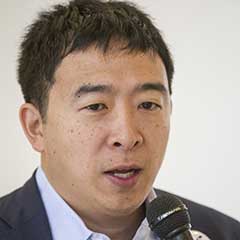 
The Democratic field is shaping up as one of the largest and most diverse groups in history, featuring a half-dozen women and minority candidates with a range of experience in both government and the private sector. Some of the candidates are already well-known while others will face the challenge of building a national profile.

The various contenders will compete to see who can meet the party’s desire for a strong challenger to take on President Donald Trump, a Republican, while also promoting a progressive agenda on economic and environmental issues, a focus that could tug the party further to the left next year. 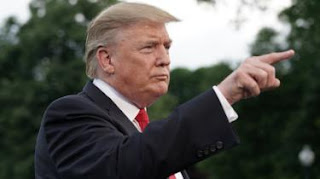 US President Donald Trump has announced fresh tariffs of 10% on another $300bn of Chinese products from 1 September.
The move is the latest salvo in an escalating trade war between the two countries.
It came after the latest round of bilateral talks showed little sign of a breakthrough.
Investors reacted to the news with dismay. On Wall Street, the Dow Jones share index fell sharply, tumbling about 1%.
Mr Trump tweeted that the tariffs applied to "the remaining 300 Billion Dollars of goods and products coming from China into our Country".

He also criticised China for not honoiring promises to buy more US agricultural products and attacked Chinese President Xi Jingping for failing to do more to stem sales of the synthetic opioid fentanyl.

In later remarks, the president told reporters the 10% tariff was a short-term measure and that tariffs could be lifted further in stages to more than 25%.
"Somebody should have done this with China a long time ago," he added.
The new levy is likely to affect a wide range of goods, from smartphones to children's clothing.

The latest round of tariffs comes amid mounting concern that Mr Trump's strategy is proving counter-productive and harming the US more than China.
The US Chamber of Commerce, which represents more than three million US companies, said the latest tariffs on China "will only inflict greater pain on American businesses, farmers, workers and consumers, and undermine an otherwise strong US economy". It urged the two sides to remove all tariffs.
On Thursday, Mr Trump's former chief economic adviser, Gary Cohn, said in a BBC interview that the tariff battle was having a "dramatic impact" on US manufacturing and capital investment.

The resulting tensions have also influenced the US central bank, the Federal Reserve, which cut interest rates on Wednesday for the first time in a decade.
Fed chair Jerome Powell said it was not the Fed's job to criticise US trade policy, but added that trade tensions had "nearly boiled over" during May and June.
US and Chinese negotiators ended their latest two-day meeting in Shanghai on Wednesday with little sign of progress, although both countries described the talks as constructive.
Another round of negotiations has been scheduled for September.
Mr Trump's latest move brought the US-China trade war to the fore again, overshadowing news that a two-year deal to raise the US budget had cleared its final hurdle in Congress.
The deal sets government spending at $1.37 trillion (£1.12tn) for the next financial year, beginning in October.

Rwanda has reopened its border with DR Congo, where an Ebola outbreak has killed more than 1,800 people in the past year.
The border was closed for several hours after the confirmation of a third death from Ebola in the Congolese city of Goma.
At least 2,700 people have been infected in the worst Ebola outbreak in the country's history.
Tackling the disease has been complicated by conflict in the region.
About 12 new cases are being reported every day in Democratic Republic of Congo, the World Health Organization (WHO) reports.
Last week, the WHO designated the outbreak of Ebola a global health emergency, its highest level of alarm, but warned against trying to contain the virus by closing borders or restricting travel or trade.

What is the situation on the ground?

Goma, home to two million people, is the capital of North Kivu, one of the two provinces in DR Congo which have borne the brunt of the epidemic.
The city lies just across the border from the Rwandan city of Gisenyi, which has a population of around 85,000. Many residents cross the frontier for work and other activities - although illegal routes are also used.
The border had been closed "to avoid unnecessary crossings" to Goma, Gilbert Habayarimana, mayor of Rubavu district in western Rwanda which borders Goma, said earlier.

The Congolese presidency had criticised the decision to close the border, and people on the Rwandan side rejoiced after it was reopened.
Rwanda's government has intensified cross-border monitoring, advising citizens to avoid unnecessary travel to Goma, according to Health Minister Diane Gashumba.

Life goes on pretty much as normal in both Goma and Gisenyi, although some got worried when the two official border crossings were closed earlier on Thursday. And soldiers and police were also deployed to the many unofficial crossing points which people often use.
Thursday is a public holiday in DR Congo, Parents' Day. People clean up the graves and pay respects to their deceased relatives in the morning before taking gifts to their parents. Most people were still shaking hands and embracing when meeting. Only a few have stopped since Ebola was confirmed in the city.
The only major change is that water taps have been set up in public buildings, where people have to wash their hands before entering, and at the two official border crossings.
There are still quite a few in Goma who still do not believe that Ebola exists but this might change now that another person has died.


What is happening in Goma?

A third case of Ebola has been confirmed in Goma, raising fears the virus could spread in the densely populated city.
The patient is the daughter of an artisanal miner who died on Wednesday. He had come from Ituri, the other province where many cases have been confirmed.
The other victim in Goma was a priest who died last month.

Efforts to control the outbreak have been hampered by violence against healthcare workers or Ebola treatment facilities. Seven people have been killed and 58 injured in 198 attacks this year.
Another major problem has been distrust of healthcare workers. As a result, about a third of deaths have not been at specialist treatment centres, but in the community, where there is a greater risk of the disease spreading to neighbours and relatives.
The designation has only been used four times previously, including during the Ebola epidemic that killed more than 11,000 people in West Africa between 2014 and 2016.
The WHO has also said it has insufficient money to tackle the problem. It had estimated that it needed $98m (£81m) to tackle the outbreak between February and July, but it faced a shortfall of $54m.

Is there no vaccine?

Yes, there is. It is 99% effective and more than 161,000 people have received it.
However, not everybody is vaccinated - only those who come into direct contact with an Ebola patient, and people who come into contact with them. And some of those people refuse to take it.
ADVERTISEMENT

People give a variety of reasons for not taking the vaccine, including:
The vaccine, made by Merck, was developed during the epidemic in West Africa and has been available throughout the latest outbreak.
It has proven effective but is in relatively short supply, so the WHO recommended a second vaccine made by Johnson & Johnson to complement it.
But DR Congo's Health Minister Oly Ilunga complained that the Congolese were being treated as "subjects of experimentation", according to Reuters news agency, and he resigned over the issue.