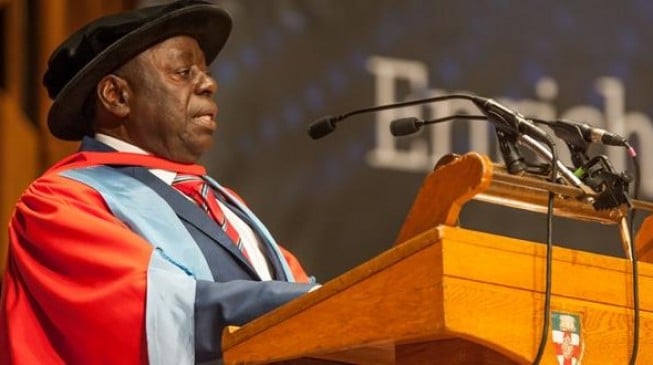 Afe Babalola, founder of Afe Babalola University, Ado Ekiti, says the 1999 constitution is the reason Nigeria remains poor.
The drafting of the 1999 constitution was supervised by the military under Abdulsalami Abubakar. Some of its contents are liftings from the draft 1995 constitution prepared during the regime of the late Sani Abacha.
ADVERTISEMENT
The constitution has been criticised for giving too much power to the centre and limited authority to the federating states.
Speaking at an African Union ceremony on Tuesday, TheCable reports that the senior advocate of Nigeria said the constitution has crippled development in the states.
“The 1999 constitution is, in large measure, responsible for the problems we have in Nigeria today. The constitution has discouraged and crippled development in the states. Consequently, Nigeria remains a poor country like most African countries,” he said.
“What Nigeria needs is a bill sponsored by the government, asking the senate to pass a law for the convocation of a Sovereign National Conference that the membership will be elected on zero party system.
“It is only through a true federal constitution that transformational leaders can emerge and a true Nigeria nation can emerge from over the 300 nations in the country. Africa needs leaders who can transform the continent. The renaissance has started in ABUAD. We have succeeded in nine years to transform education in the country.”
ADVERTISEMENT
Babalola was honoured with the ‘African role model and the African Union agenda 2063 ambassador awards’ by the African Union Economic Socio-Cultural Council.