Ambode is under investigation, says EFCC 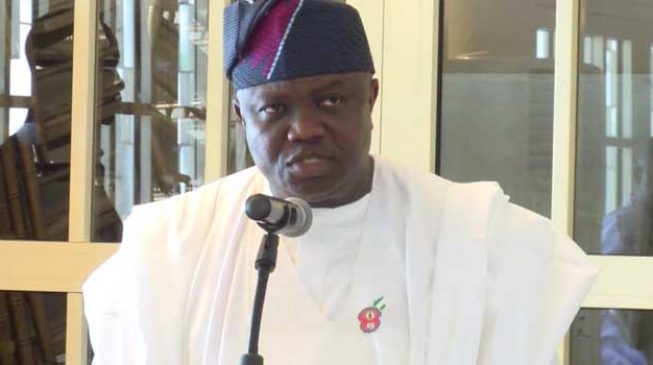 The Economic and Financial Crimes Commission (EFCC) says Akinwunmi Ambode, former governor of Lagos state, is under investigation TheCable reports.
Agents of the anti-graft agency raided the residence of the former governor on Tuesday.
ADVERTISEMENT
Tony Orilade, EFCC spokesman, had told TheCable that the presence of the operatives at the home of Ambode was ‘’part of the investigation’’.
In a statement, the EFCC spokesman, however, said it was not raid, but that ‘’what it is doing now with regards to the investigation is in line with its mandate and the rule of law’’.
‘’We need to state for the records that the EFCC did not raid Ambode’s house. It is instructive that his administration, like other former governors is under investigation, since they no longer constitutionally enjoy immunity against prosecution,’’ he said.
‘’The commission hereby states with high sense of responsibility that the operatives did not raid Ambode’s residence.
‘’As a tradition, the commission does not carry out investigation on the pages of the newspapers or through the media. Our operations are always covert until at a time when we file charges in court.’’
ADVERTISEMENT
Ambode is under investigation for an alleged N9.9 billion fraud.