Aregbesola: I don’t know much about interior ministry 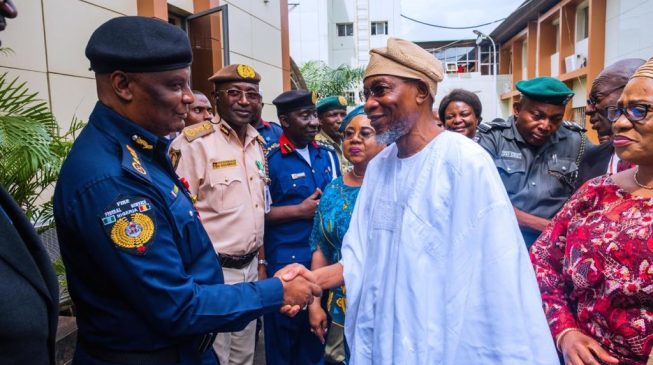 Rauf Aregbesola, the newly appointed minister of interior, says he does not know much about the ministry beyond what he has read in the newspapers.
The minister, who with others was inaugurated on Wednesday, said this when he visited the ministry.
ADVERTISEMENT


Addressing officials, TheCable reports that Aregbesola admitted that he had no idea of the ministry’s policies and operations, and he instructed Georgina Ehuriah, the ministry’s permanent secretary, to run the affairs of the ministry till Monday when he will resume.
“My relationship with the ministry is distant. What I know about the ministry is what I read in the newspapers,” he said.
“I will come to take over on Monday. I give the permanent secretary the grace to run the ministry till then. We will be ready by Monday to take on the huge assignment.”
Aregbesola, who served two terms as governor of Osun, assured the officials of a purposeful leadership under him.
He also urged them to be ready for more work as he will be demanding much more from them.
Welcoming the minister, Ehuriah said the ministry needed a focused person like Aregbesola to lead it because of its strategic position in the security architecture of the country.
She added that the formal handover ceremony will take place on Monday.
President Muhammadu Buhari did not attach portfolios when he sent the list of his ministerial nominees to the senate, and most were screened by the senate without any particular ministry in view.
ADVERTISEMENT
Twenty minutes after inauguration, Aregbesola updated his Twitter profile to reflect his new position.