Bauchi governor describes Oshiomhole as a danger to political stability 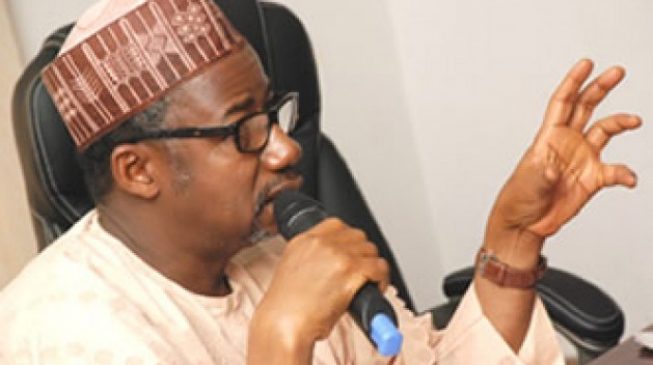 Bala Mohammed, governor of Bauchi state, says Adams Oshiomhole, national chairman of the All Progressives Congress (APC), poses danger to political stability in the state.
In a statement on Thursday, the governor blamed Oshiomhole for the crisis rocking the state house of assembly.
ADVERTISEMENT
Oshiomhole had demanded that a fresh proclamation be issued for the inauguration  of the Bauchi assembly.
But speaking through Ladan Salihu, his spokesman, TheCable reports that the governor said the crisis rocking the assembly had been resolved and forgotten.
“The eight members led by the APC national chairman were part of the 17 who were sworn in last week on the floor of the assembly. All the 31 legislators are now members of one state assembly,” he said in a statement.
While appreciating President Muhammadu Buhari’s promise to intervene, Mohammed said the president was “shortchanged with the relevant information by those who led the group for their personal interests and primordial dispositions.”
“As far as the Government and People of Bauchi State are concerned, the enforced disharmony is now history. Bauchi legislature is one united family. The issue of another proclamation Is ludicrous,” the statement added.
“It is clear that our legislators are not the problem, neither is the APC. Mr Oshiomhole is the problem. He is clear and present danger to political stability in Bauchi State. This explains why he excluded members of Edo State Assembly from the visit to the villa.
“The APC chairman should rethink his strategy as it is dead on arrival because he is dealing with political paper-tigers who were roundly defeated and soundly rejected by our people.”
ADVERTISEMENT
Simon Egbebulem, Oshiomhole’s spokesman, did not immediately respond to inquiries to react to the governor’s comments.