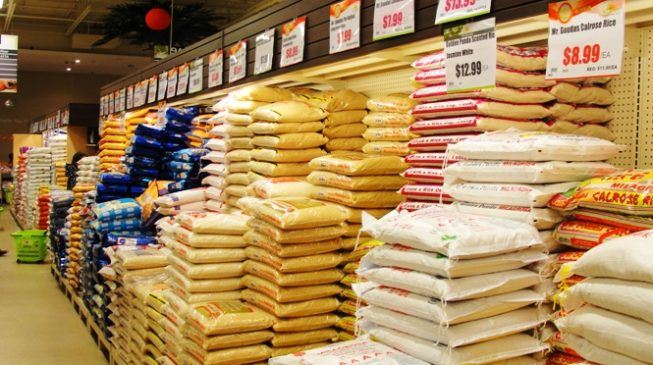 President Muhammadu Buhari says he has asked the Central Bank of Nigeria (CBN) to stop providing foreign exchange for food importation.
In a statement issued on Tuesday by Garba Shehu, presidential spokesman, the president said the directive is to ensure the steady improvement in agricultural production and attainment of full food security.
ADVERTISEMENT
According to TheCable, the president, who hosted All Progressives Congress (APC) governors to eid-el-kabir lunch at his country home in Daura, said the foreign reserve will be conserved and used for the diversification of the economy, and not for encouraging more dependence on foreign food import bills.
“Don’t give a cent to anybody to import food into the country,’’ he said.
The president said some states like Kebbi, Ogun, Lagos, Jigawa, Ebonyi and Kano had already taken advantage of the federal government’s policy on agriculture with huge returns in rice farming, urging more states to plug into the ongoing revolution to feed the nation.
“We have achieved food security, and for physical security we are not doing badly,’’ he said.
Buhari said he was delighted that young Nigerians, including graduates, have started exploring agric-business and entrepreneurship, with many posting testimonies of good returns on their investments.
He said the incoming ministers will be taught and guided to ensure they meet the targets of the APC-led government for the people, with regular monitoring of their performances and scaling up of targets by the office of the secretary to the government of the federation (OSGF).
Speaking at the meeting, Kayode Fayemi, Ekiti state governor and chairman of the Nigerian governors’ forum, said the president’s sense of justice, fairness and forthrightness have become an inspiration to governors on the way forward for the country.
ADVERTISEMENT
He also said the challenges faced by states were enormous, but that the governors had remained undaunted. He assured the president of  support and “the very best effort’’ to overcome all the obstacles.