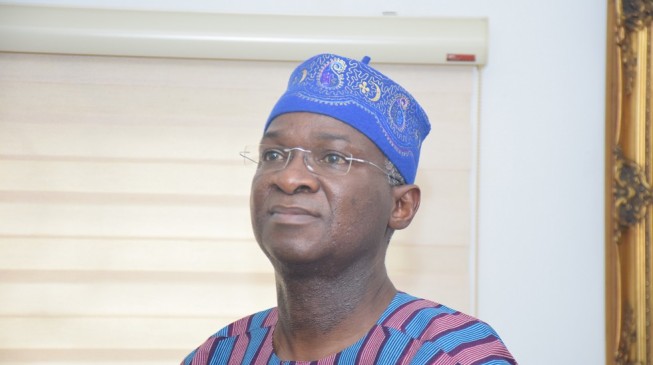 Babatunde Fashola will no longer be the minister of power.
Fashola, who is the former governor of Lagos state, was previously the minister of power, works and housing.
ADVERTISEMENT
Announcing the ministerial portfolio on Wednesday at the swearing-in ceremony for ministers-designate, President Muhammadu Buhari announced that Saleh Mamman will now be the minister of power.
According to TheCable, Babatunde Fashola was announced as the minister of works and housing.
At Fashola’s ministerial screening, Rochas Okorocha, former Imo governor, said the former started having grey hairs when he was handed three ministries.
Okorocha, who is now representing Imo west at the senate, said the three ministries are too large to be handled by one person.
“I thought the three ministries are too large to be handled by one person. Look at my friend now. He is having grey hairs at a young age,” he said.
ADVERTISEMENT
When asked how much fund the power sector required to ensure stable electricity, Fashola had said: “I’ve already addressed the issue of funding as our major challenge. My suggestion is that we should raise an infrastructure fund where Nigerians can contribute their money”.
Since the privatisation of the Power Holding Company of Nigeria (PHCN), the ministry of power became saddled with regulatory responsibility.