CLOSE-UP: What you didn’t know about Sunday Dare, the Jos man who replaces Dalung as sports minister 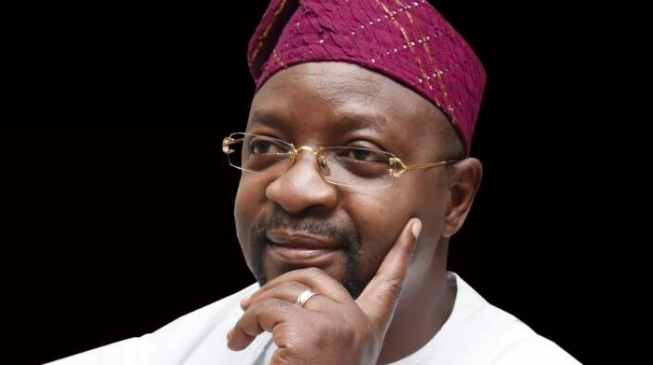 In 2001, a certain Nigerian of Yoruba descent was named the chief of the African Division at Voice of America (VOA) Hausa Service. Upon the appointment, there were protests that he could not be made the head of the Hausa service, seeing he was a Yoruba man. The Voice of America did not bulge, for their pick was a great guerilla journalist, who had stared the bullet in the face in the line of duty. This is Sunday Dare the new minister of youth and sports.
Solomon Dalung, the ex-minister of sports who hails from Plateau state, has been replaced by Sunday Dare, who also happens to be another Jos man. While Dare may have his origin in Oyo state, you can find a great portion of his roots in Jos, where he gave many years of his life.
ADVERTISEMENT
First, he had his secondary school education at Baptist High School in Jos from 1978 to 1983.  He would go on to bag his master degree in Law and Diplomacy from the University of Jos — the same tertiary institution where Dalung got his LLB.
Dare would later work in Jos from 1993 to 1995, as a journalist with the junta-defiant new medium, The News. 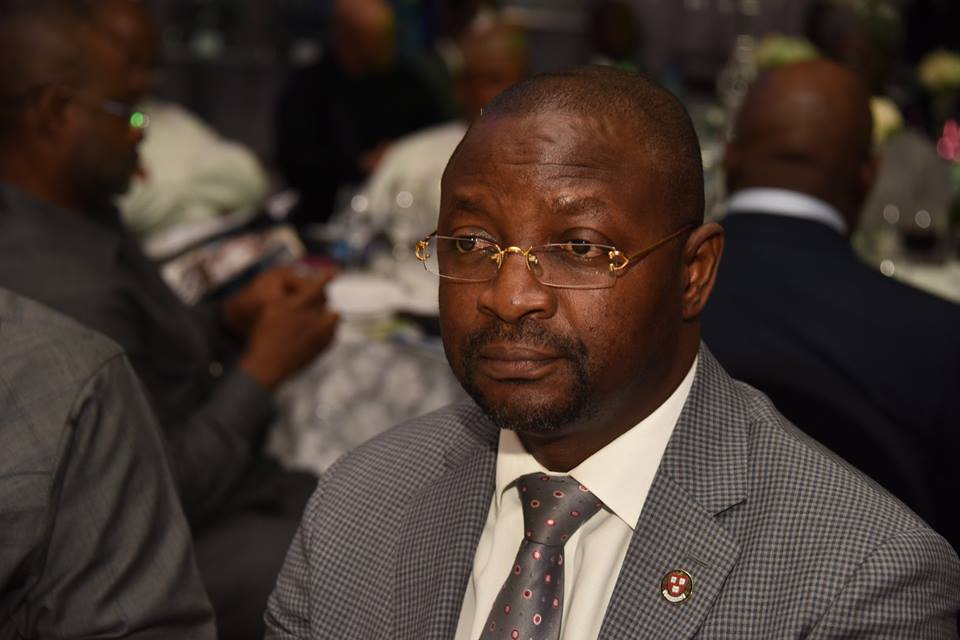 Sunday Dare lost his sister in Jos
Writing about his experience as a journalist in Jos, during the military era, Dare said: “While in Jos, I knew little peace. This was between 1993 and 1995. I was, for the most part, incognito. Constantly on the move, if I told anyone I was headed downtown in Jos, I made straight for the uptown of the city”.
“If I told even some of my colleagues I was headed out of town, I remained and operated underground. Like my colleagues in The News, I relied on my instincts. I disappeared immediately from any place as soon as I felt danger.
“I used different offices and methods to send in my stories. Sometimes, through human courier or fax, or I simply dictated it on the phone. If the story was an exclusive or too hot, my editors asked me to travel down to Lagos for a debriefing. Then I sat down to weave the cover story with the help of other journalists on the team.”
In the democratic era, Dare served as head of VOA Hausa service in Jos from 2001 to 2009. In 2008, his sister was killed in the Jos riots of that year. It was a painful experience for the journalist, who can adequately be called a Jos man. Some of “The News” journalists: Kunle Ajibade, Sunday Dare, and Bayo Onanuga
Many people in 2018/2019 know Dare as executive commissioner (stakeholder management) of the Nigerian Communications Commission (NCC). But before any of that, Dare is an outstanding journalist in his core.
He was a reporter/columnist with The Nation magazine in New York and a production editor/writer with the European funded Fourth Estate magazine. Before he served as general editor of The News and Tempo, two of Nigeria’s independent weekly news magazines based in Lagos.
In his book, Guerilla Journalism, Dare chronicles the experience of the “mobile newsroom”, and the true essence of the title “editor-at-large”. He was ahead of the years, as he served as the pioneer online editor at The News, long before online journalism became a thing.
He would go on to publish Abuja’s first evening newspaper. Evening newspapers would later go on to be a norm.
As head of  VOA Hausa Service, Dare was responsible for the work of eleven international radio broadcast journalists based in Washington DC alongside 24 reporters/stringers — including sports reporters — based in West Africa. He ensured broadcast to more than 21 million listeners in West Africa. 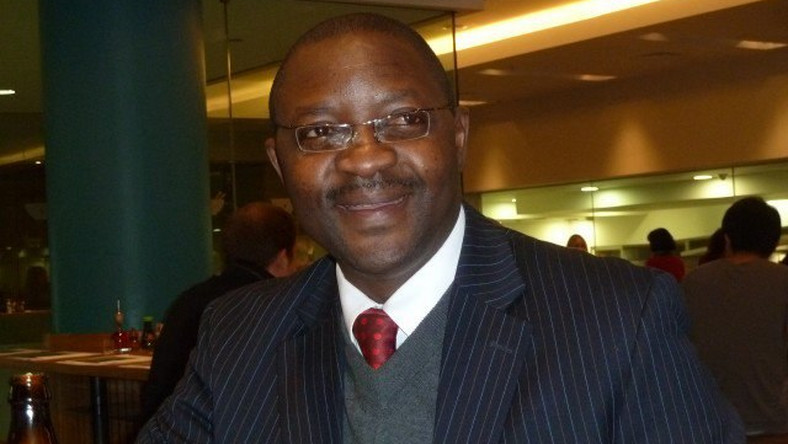 Man of many schools
Asides The News and Tempo, Dare is also a graduate of many other schools. He was a Freedom Forum Fellow and Visiting Scholar, School of Journalism from New York University.
He also attended the prestigious Harvard University, via the Harvard Nieman Journalism Fellowship between 2000 and 2001, where he enrolled for Media and Public Policy studies.
In 2011 Dare won the Reuters Foundation Journalism Research Fellowship to study at University of Oxford, United Kingdom, where he contributed to the body of knowledge in the field of media, and researched “New Media and Citizen Journalism in Africa – A Case Study: Using New Media Tools and Citizen Journalism to Investigate Corruption in Nigeria.”
The Knight International Journalism fellow holds a BSc in International Studies from Ahmadu Bello University. 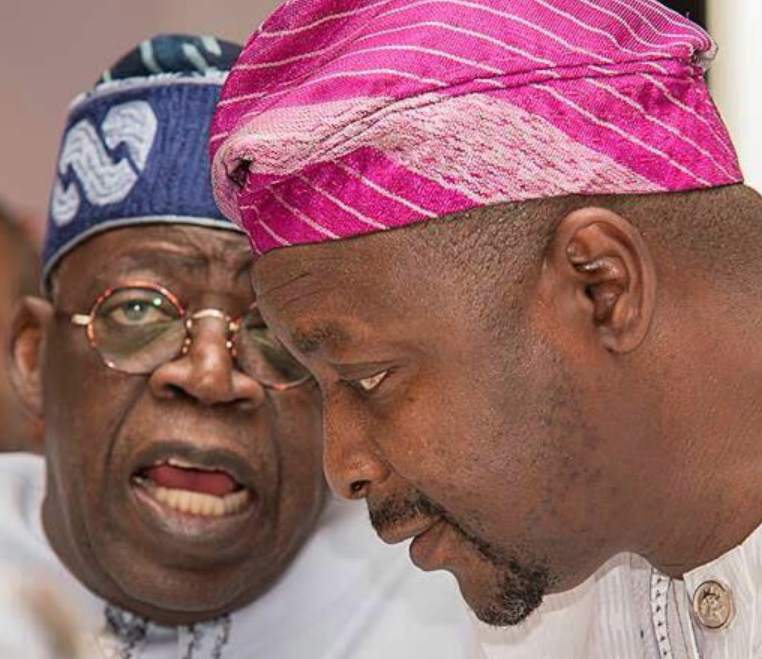 Dare with Bola Tinubu
Bola Tinubu is many things to many people, but there seems to be a consensus on his abilities to headhunt the best hands in any field. One of such hands is Sunday Dare.
Dare was former media adviser and chief of staff to Bola Ahmed Tinubu, a national leader of the All Progressives Congress (APC). In 2015, when Buhari named his ministers, there were reports in the media that Tinubu was sidelined, as President Muhammadu Buhari did not consider any of his nominees.
Kemi Adeosun (Ogun) was nominated by Ibikunle Amosun; Claudius Daramola (Ondo) and Isaac Adewole (Osun) were nominated by Bisi Akande; Tunde Fashola (Lagos) and Kayode Fayemi (Ekiti) were listed by Buhari himself. This strained the Buhari-Tinubu relationship.
By 2016, when the president was seeking to repair this relationship, he appointed Dare as executive commissioner of the NCC and Wale Edun as chairman of the Board of Trustees of the Ogoni Trust Fund. Both men are Tinubu’s ally.
Prior to the guber election, which saw Seyi Makinde emerge governor in Oyo state, there were a few billboards in Ibadan pushing that Dare becomes the next governor of the state. But this was not followed up by the Tinubu man.
Dare, also fondly called Jebusite, is seen as one of the ministers, appointed as a result of the relationship with Tinubu, but whose qualification cannot be questioned.

ROUND PEG ROUND HOLE? 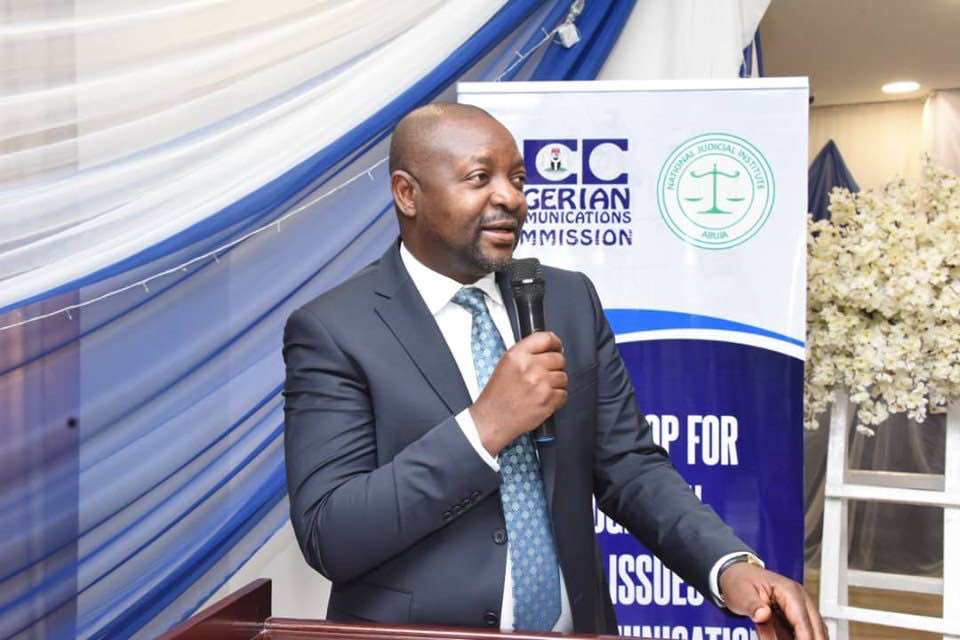 Dare as executive commissioner of the Nigerian Communications Commission (NCC)
In 2009, he became senior special assistant (media)/chief of staff to the minister of information and communications. During this period, Dare was assigned to oversee aspects of the operations of the Nigeria Communication Commission (NCC) and brief the minister on issues, challenges and opportunities in Nigeria’s emerging telecommunications market.
He was also a member of the minister’s advisory team on the sale of the 2.3GHz spectrum frequency. It was at this time that he learned the ropes on dealings at NCC. Hence, when he was appointed in 2016 as a commissioner at NCC, he was moving back to familiar terrain.
When he was nominated minister, he was expected to be the minister of communications, seeing he was at NCC, and was to replace his statesman, Adebayo Shittu, who served in that position. But contrary to expectations, Dare, with more than twenty-five years of experience as a journalist, was appointed to replace Solomon Dalung as the 35th minister in charge of youth and sports — since Joseph Modupe Johnson in 1960.

PROMISES TOTAL RE-ORIENTATION OF THE MINISTRY 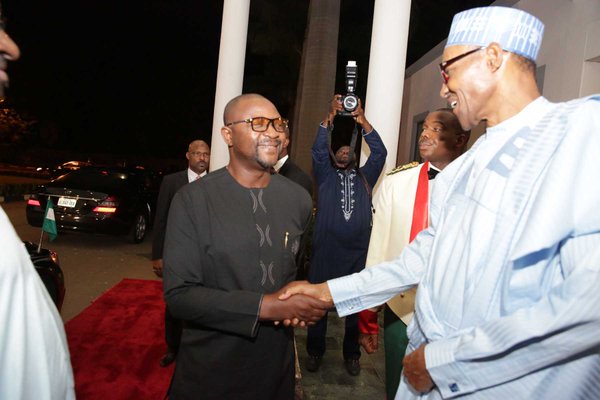