CLOSE-UP: Zulfat Suara, the Nigerian who may become the first Muslim lawmaker in US state 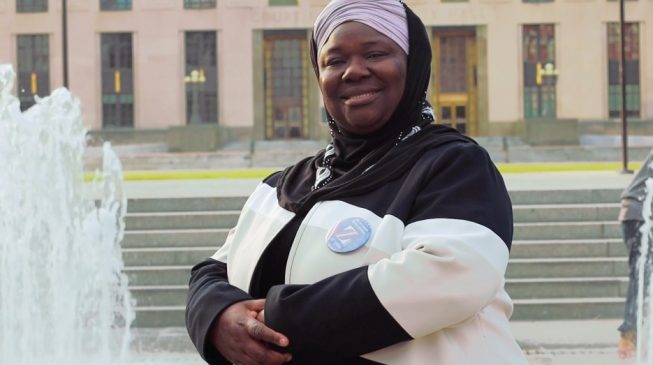 Zulfat Suara, a Nigerian-American, has made it into the runoff for a Nashville council at-large election after coming second among 15 candidates.
If she wins the election, which is scheduled to hold on September 12, Suara will be the first Muslim lawmaker in Tennessee.
ADVERTISEMENT
The certified accountant emigrated to the United States in 1993 when her husband won the Vanderbilt fellowship.
‘AMERICA HAS DONE A LOT FOR MY FAMILY’ 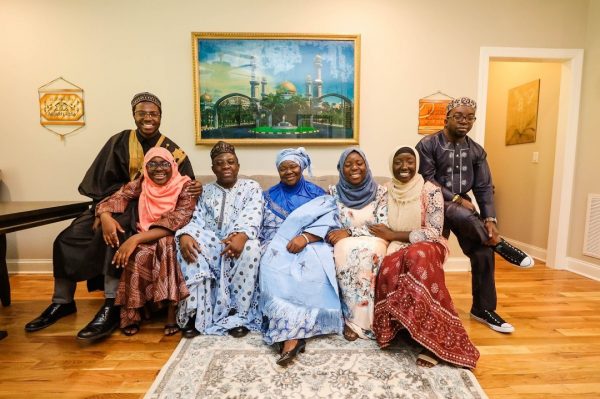 In an interview with NowThis, Suara said she is seeking a legislative position because she wants to give back to America that has done a lot for her family.
“I am an American citizen who happens to be black, who happens to be a woman, who happens to be a Muslim but I’m an American and I have every right to give back. I have every right to run,” she said.
“Vanderbilt has done a lot for our family, so has this country. My husband studied here, she’s here and so it’s one of the reasons I’m running.”
LIKE MOTHER LIKE CHILDREN? NO!
Suara, who has five children with her husband, Rahaman Suara, says her children are excelling because of the community where they were raised and not her genes.
“Our 29-year-old is doing a PhD in psychology, interning at Yale. My 26-year-old is doing a master’s in computer science. My third child graduated with a degree in neuroscience from UPenn,” she explained.
“The 22-year-old actually went to Harvard. She’s at Vanderbilt Medical School and our baby is now about to start ninth grade.
“There’s a study that says they get it from the mother but it’s not that. It takes a village to raise kids. It was the teachers in the school; it was the people in the community that we lived in.”
HATE CAMPAIGN IS ONLY BY A FEW 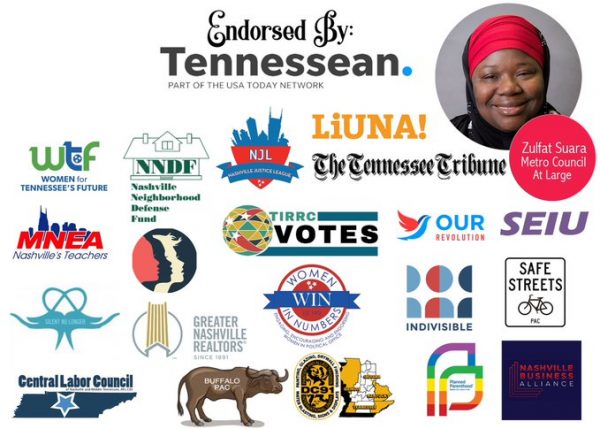 She says her campaign has had its share of animosity despite living in the community for a while.
Suara says she became a direct target of these attacks after she announced her candidacy.
“We had a lot of naysayers from the beginning that said I should not even bother to run for at-large and we proved them wrong. We had people that said a Muslim would not even come close.
“The hate has always been there but when I announced my candidacy was when the direct targets started. Somebody said they want me eliminated. I’m driving on the street, I’m looking behind me, I’m seeing who is following me.”
Suara, who has spent most of her time volunteering, said she will not be discouraged.
“For a minute, I did think about quitting but I know that my reason for running is more powerful. I also know that we live in a city where people have been good to me, that’s the history of Nashville that I know. That it’s only a few, the majority don’t think like that.”
ADVERTISEMENT
Zulfat founded an accounting firm that has worked with county governments in Hardeman, Haywood, Lake, and McNairy counties. She is currently the assistant controller of a local university in Nashville.
She was named the 2018 Muslim Policy Advocate of the Year by Islamic Society of North America, and The Tennessee Economic Council on Women inducted her into its Tennessee Women Hall of Fame in 2015.