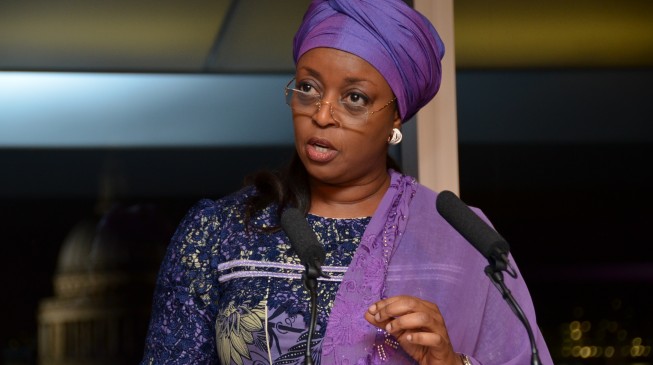 Diezani Alison-Madueke, former minister of petroleum resources, has asked a federal high court in Lagos to order the Economic and Financial Crimes Commission (EFCC) to return her seized jewellery and a customised gold iPhone, TheCable reports.
In an application filed by Awa Kalu, her legal counsel, Diezani accused the EFCC of entering her apartment illegally and taking the items without any court order.
ADVERTISEMENT
The court had on July 5 ordered the forfeiture of the jewellery and a customised gold iPhone belonging to the former minister following an ex parte application moved by Rotimi Oyedepo, lawyer for the EFCC.
The EFCC had valued the items at $40 million.
According to the schedule attached to the application, some of the pieces of jewellery categorised into 33 sets, were “419 bangles; 315 rings; 304 earrings; 267 necklaces; 189 wristwatches; 174 necklaces and earrings; 78 bracelets; 77 brooches; and 74 pendants.”
The anti-graft commission said the items were recovered from the premises of Alison-Madueke, adding that it suspected that the former minister acquired them with “proceeds of unlawful activities.”
But in the application, Kalu contended that the court lacked jurisdiction to have granted the interim forfeiture order as the former minister had not been charged with any crime or served with any summons by the EFCC.
He also said the anti-graft agency violated her fundamental “right to own property and to appropriate them at her discretion”.
He said the temporary forfeiture order was prejudicial to Diezani because she was denied fair hearing and urged the court to reject the prayer of  the EFCC.
ADVERTISEMENT
The case was adjourned till August 29.