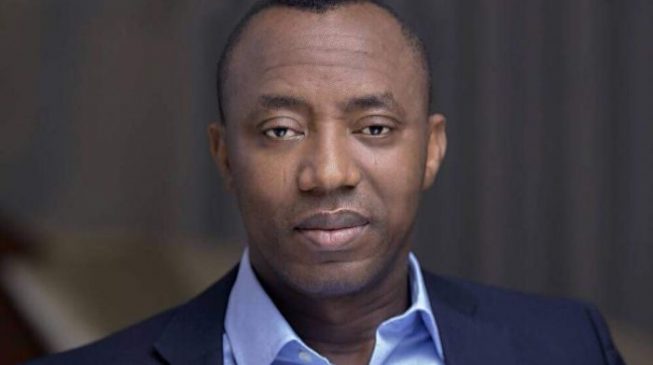 The Department of State Service (DSS) has filed an application before a federal high court in Abuja, seeking to detain Omoyele Sowore, convener of the #RevolutionNow movement, for 90 days.
In an ex parte motion with number: FHC/ABJ/CS/915/19, G. O Agbadua, counsel to the DSS, told the court that the secret police needed the period to investigate Sowore.
ADVERTISEMENT
Culled from TheCable, Agbadua told Taiwo Taiwo, the judge, that a video clip evidence was attached to the application.
He urged the judge to grant the application to detain the activist beyond 48 hours as required by the law.
DSS operatives had arrested Sowore in Lagos in the early hours of Saturday. He was subsequently moved to Abuja.
He was arrested for spearheading a nationwide protest. Peter Afunaya, spokesman of the secret police, said the agency went after Sowore because he crossed the “red line”.
Femi Falana, a senior advocate of Nigeria (SAN), had said the government would be making a mistake by filing charges against the activist.
Speaking at an event organised by the Chartered Institute of Bankers of Nigeria (CIBN) on Tuesday, the senior lawyer said Sowore had briefed him from detention that in the case he would be charged, his first witness would be President Muhammadu Buhari.
Although Falana did not mention Buhari’s name directly, it was clear he was referring to the president who in 2011 also called for a revolution.
“I do hope that the government will not be stupid to charge Sowore. In fairness to them (DSS), they gave him a telephone to phone me. Of course I knew they were monitoring the phone, and I told him I hope they won’t charge you, because if they do, some of the people in government will be our witnesses,” he had said.
“You know why? One of them, I won’t mention his name. In 2011, he asked Nigerians to learn from the Egyptian revolution and be ready for a revolution in Nigeria. So, he will be my first witness.”
ADVERTISEMENT
Then the presidential candidate of the Congress for Progressive Change (CPC), Buhari had called for a revolution in Nigeria – although through an electoral process.