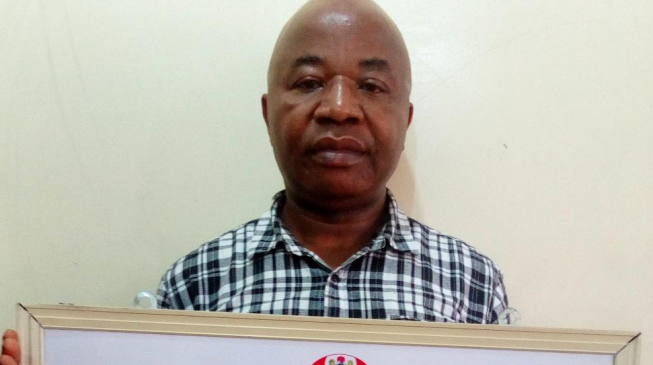 The Economic and Financial Crimes Commission (EFCC) has announced the arrest of two suspected internet fraudsters linked to the on- going collaborative investigations between the agency and the Federal Bureau of Investigation (FBI).
TheCable reports that the suspects were reportedly arrested in Port Harcourt, Rivers state and Owerri, Imo state.
ADVERTISEMENT
One of them, Ogbonnah Atoukaritou was identified as a leader of a loose “syndicate of fraudsters allegedly” engaged in business email compromise, was said to have been arrested in Port Harcourt while the other suspect, Alpha Chidi Egbeonu, accused of defrauding a US- based victim, Goldberg Segalla LLP and other yet to be identified victims, was arrested in Owerri. 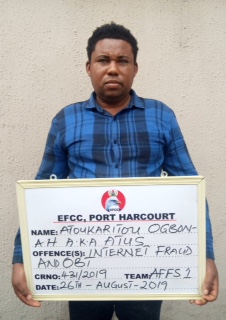 Items recovered from the suspects include laptops, android phones, land documents, hard disks, Central Processing Unit, warehouse and a recently built house, now attached by the EFCC.
The commission said the suspects would be charged to court as soon as investigations are concluded.
ADVERTISEMENT
The anti-graft agency had earlier announced the arrest of Oyediran Joseph, also a suspected wanted by FBI.