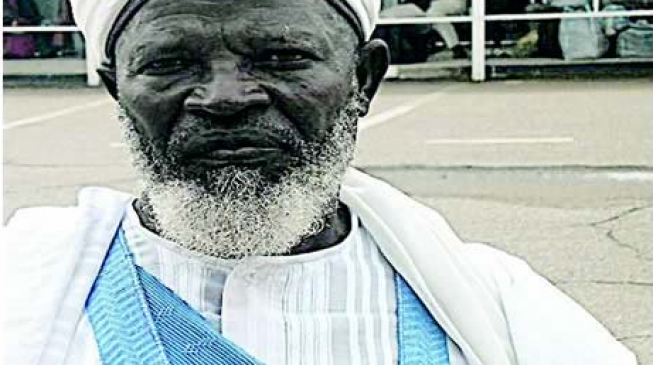 Mohammed Yakoob, a sibling of Ibraheem El-Zakzaky, says the leader of the Islamic Movement in Nigeria (IMN) is responsible for his misfortune.
El-Zakzaky and his wife have been in detention since 2015 when some of his followers clashed with soldiers in Zaria, Kaduna state.
ADVERTISEMENT
Many IMN members have lost their lives after the incident while others are languishing in detention.
In an interview with PUNCH, Yakoob said his brother, who was a member of the Sunni Islamic sect, was lured into the Shi’ia movement by Iranians who offered him money.
Culled from TheCable, he narrated how they grew up together, describing El-Zakzaky as a very intelligent person.
“My brother, El-Zakzaky, and I grew up together. He is very bright, gifted, and has a photographic memory. He is like a tape recorder. Everything he reads, he comprehends and translates the same to his numerous followers. We attended the same primary school,” he said.
“On completion of our primary school education, El-Zakzaky gained admission to the Advanced Teachers College in Kano (now Federal College of Education, Kano) while I went to Katsina Teacher’s College. Shortly after, he started corresponding with Iran. He was not a Shiite member at the time. But after he acquired a degree from the Ahmadu Bello University Zaria, he started assembling students to propagate Islam, like a preacher.
“He got the idea from Iran and subsequently, he started amassing money. Iran invited him to their country to join them (become a Shiite), and they financed him. Originally, El-Zakzaky was Sunni but Iran lured him into becoming a Shi’ite.
“El-Zakzaky became a Shiite after visiting Iran, following their promise to appoint him as their Shiite ambassador in Nigeria. He changed, particularly because of money as Iran was financing him. Previously, there were no Shiites in Nigeria. El-Zakzaky imported Shiite into Nigeria, via his ties with Iran but the majority of Nigerians is Sunnis. It’s only people in the villages, where ignorance persists, that embrace Shiite movement because they do not know what Islam is all about. If you abuse Abubakar, you abuse Aisha, you abuse Hafsat, and you’ve abused the Prophet, which is the stock in trade of the Shiites.”
Yakoob said IMN members were wrong for “attacking” the convoy of Tukur Buratai, chief of army staff, in Zaria.
“Globally, no country or any other group can attack the Chief of Army Staff, who has thousands or millions of soldiers under his command. To attack the Chief of Army Staff, you have attacked the entire military and Nigeria,” he said.
“Whatever happens to whosoever dares to attack the military should be held responsible for his misfortunes. It’s unheard of anywhere in the world for any group of people to attack a military leader. Nowhere in any country in the world will anyone dare to attack the Chief of Army Staff.
ADVERTISEMENT
“Those who attacked the Chief of Army Staff, Lt.-Gen. Tukur Buratai, should learn to face the consequences.  El-Zakzaky has no right because he was the one who attacked Buratai’s convoy. Nobody can attack the government and gets away scot-free.”
On Monday, a high court in Kaduna granted El-Zakzaky and his wife permission to treat themselves in India. The IMN leader and his wife had sought application for medical leave.