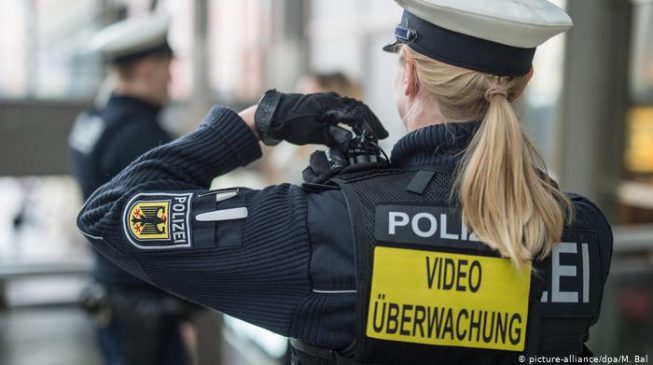 Four of the people that attacked Ike Ekweremadu, former deputy senate president, in Nuremberg, Germany, have been identified by the Bavaria police, TheCable understands.
Ekweremadu, a serving senator from Enugu state, was beaten up by members of the Indigenous Peoples of Biafra (IPOB) in Nuremberg on Saturday at an event organised by “Ndigbo Germany”.
ADVERTISEMENT
Nuremberg is second largest city after Munich in the state of Bavaria.
According to TheCable, the Nigerian embassy has mounted enormous pressure on the German federal authorities to bring the attackers to justice following the initial reluctance of the state police to investigate the assault which was captured on video.
TheCable learnt that Yusuf Maitama Tuggar, Nigeria’s ambassador to Germany, reminded the federal authorities on their responsibility to foreign government dignitaries visiting the country.
Under section 102 (1), chapter 3, of the German criminal code, attacks against organs and representatives of foreign states are punishable with fines and imprisonment.
It states: “(1)Whosoever commits an attack against too life or limb of a foreign head of state, member of a foreign government, the head of a foreign diplomatic mission who is accredited in the Federal territory while the victim is in Germany in his official capacity shall be liable to imprisonment not exceeding five years or a fine, in especially serious cases to imprisonment of not less than one year. (2) In addition to a sentence of imprisonment of at least six months, the court may order the loss of the ability to hold public office to vote and be elected in public elections (section 45(2) and (5)).
This is aside the civil case that can be instituted by the victim.
An official of the foreign affairs ministry in Abuja told TheCable that the Bavaria state police have analysed the attack videos and identified four of the suspected attackers.
ADVERTISEMENT
“I cannot reveal their identities for now because the German authorities are now co-operating with us and investigating the attack,” the official told TheCable.