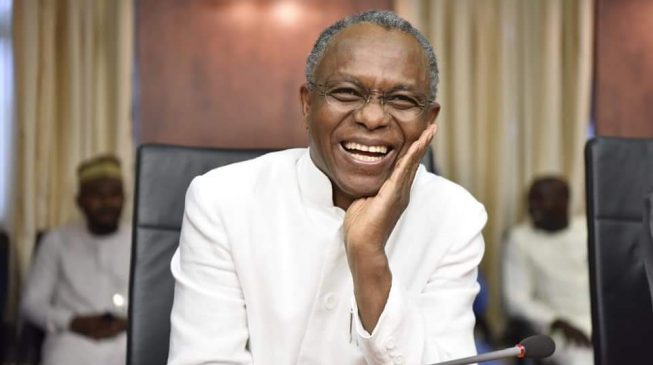 Nasir el-Rufai, governor of Kaduna state, says Shehu Sani, former senator representing Kaduna central, has become a blogger.
Speaking when Danladi Maude, a monarch, paid him a courtesy visit at government house, Kaduna, According to TheCable, the governor said the people of the state ended the careers of Sani and Suleiman Hunkuyi, senator who represented Kaduna north because the duo failed to champion the World Bank loan that could have facilitated the development of the state.
ADVERTISEMENT
In 2018, all the senators from the state blocked a $350 million loan from the World Bank requested by the state government.
Sani, Hunkuyi and Danjuma La’ah, senator representing Kaduna south; had described the move by the state government as reckless.
They had said if the governor obtained the loan, it would be to the detriment of the state.
Of the three senators, only La’ah was reelected
El-Rufai said the people sent the duo of the upper chamber of the national assembly in protest.
He said while Sani had become a harmless blogger, Hunkuyi and his family had relocated to China.
“We have kicked out Shehu Sani, who has now become a blogger and Uthman Hunkuyi who has now relocated to China with his family… they were sent out for not giving the people of Kaduna state the opportunity of getting the loan that would have helped in improving the lots of Kaduna people”, he said.
But Sani said the governor who had allegedly not recovered from not being part of President Muhammadu Buhari’s delegation to China chose to pour his anger on him.
ADVERTISEMENT
The former lawmaker alleged that Babagana Zulum, governor of Borno state, replaced el-Rufai on that trip.