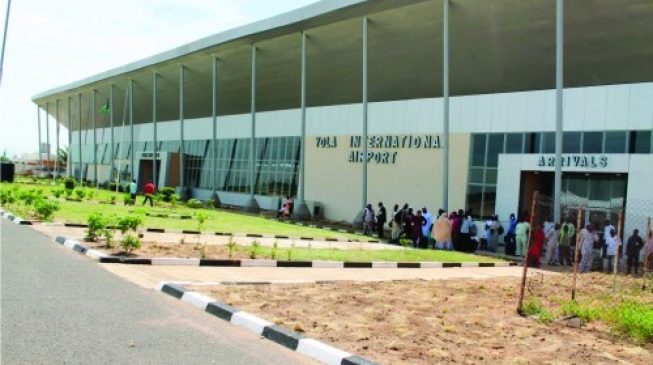 The Federal Airport Authority of Nigeria (FAAN) has suspended Jennifer Luka, one of its officials, for allegedly stealing $600 belonging to a pilgrim.
The Adamawa police command had arrested Luka on Thursday for “removing” the money from the pilgrim’s bag at the Yola airport.
ADVERTISEMENT
The FAAN official was said to have hidden the money inside her hair and used her barrette cap to cover it.
In a statement on Friday, Henrietta Yakubu, FAAN’s spokesperson, said Luka has been suspended indefinitely pending the completion of investigation into the matter, TheCable reports.
“Following a report of theft involving an aviation security officer, Jennifer Luka at the Yola International Airport, the Federal Airports Authority of Nigeria has suspended indefinitely the officer involved, pending the completion of investigation into the case,” she said.
“The Authority has consequently handed over the erring officer to the appropriate security agency for further questioning and prosecution.
“FAAN deeply regrets this unfortunate incident and the conduct of Jennifer, which does not reflect the values of the Authority and its staff.
ADVERTISEMENT
“The Authority wishes to re-assure the general public that our airports remain safe and secure for travellers and other airport users.”