Falana: If Sowore is charged, Buhari will be my first witness in court 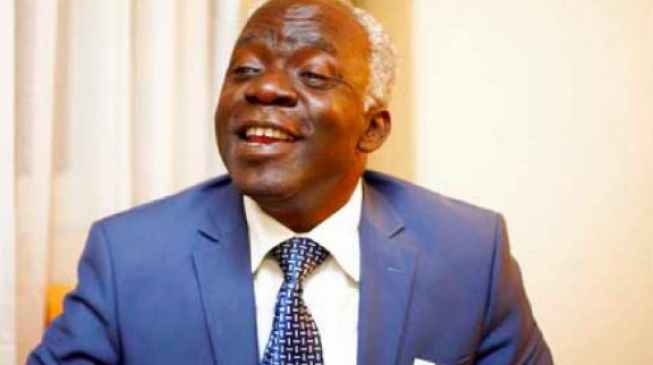 Femi Falana, a senior advocate of Nigeria (SAN), says the government will be making a mistake if it files charges against Omoyele Sowore, TheCable reports.
Sowore, who is the convener of #RevolutionNow movement, has been detained by the Department of State Services (DSS) since Saturday.
ADVERTISEMENT
The DSS had accused him of threatening public peace and safety with his planned nationwide protest.
But speaking at an event organised by the Chartered Institute of Bankers of Nigeria (CIBN) on Tuesday, the senior lawyer who though did not mention President Muhammadu Buhari’s name directly, said Sowore had briefed him from detention that in the case he would be charged, his first witness would be someone in government who in 2011 also called for a revolution.
Then a presidential candidate of the Congress for Progressive Change (CPC), Buhari had called for a revolution in Nigeria – although through an electoral process.
Sowore, according to Falana, refused to write a statement, insisting the DSS allow him to speak with his lawyer.
“I do hope that the government will not be stupid to charge Sowore. In fairness to them (DSS), they gave him a telephone to phone me. Of course I knew they were monitoring the phone, and I told him I hope they won’t charge you, because if they do, some of the people in government will be our witnesses,” he said.
“You know why? One of them, I won’t mention his name. In 2011, he asked Nigerians to learn from the Egyptian revolution and be ready for a revolution in Nigeria. So, he will be my first witness.
“The late Chief Gani Fawehinmi and four other people were charged with treasonable felony by the Ibrahim Babangida junta. I was one of them. We were detained in Kuje prison for two months. We were taken to the court, and what was the offence? I think we went beyond Sowore. We posted thousands of posters across the country, that Babangida must go. That was the treasonable felony.”
Falana, who stood in defence alongside Fawehinmi, said they argued that the then military president did not come to office through constitutional means.
He added that those in government now harassing Nigerians with treason would someday, too, be tried for treason.
ADVERTISEMENT
It is not clear if Sowore will be charged as Peter Afunanya, DSS spokesperson is yet to respond to messages seeking development on the matter.