John Legend, R&B singer and pianist, has condemned Donald Trump, US president, over his “racist” comments about Elijah Cummings, a black congressman.
Trump has repeatedly made the headlines for his fierce criticism of Cummings, whose congressional district covers approximately half of Maryland, with respect to the city of Baltimore which the latter represents.
In an interview with TMZ, Legend referred to Trump as “a flaming racist” and an “evil f**king cancer sore on America’s whole landscape” that should be gotten out of office.
ADVERTISEMENT
“Our president is a flaming racist. He’s a piece of shit. He says piece of shit all the time. That’s what he does. Donald Trump is an evil fucking cancer sore on America’s whole landscape, so we need to get him out of office,” he said.
“There’s been over a century of history that created the problems that they have. We need to focus on making our communities better instead of talking shit about our communities just because you’re a racist prick.”

The Radical Left Dems went after me for using the words “drug-infested” concerning Baltimore. Take a look at Elijah C. 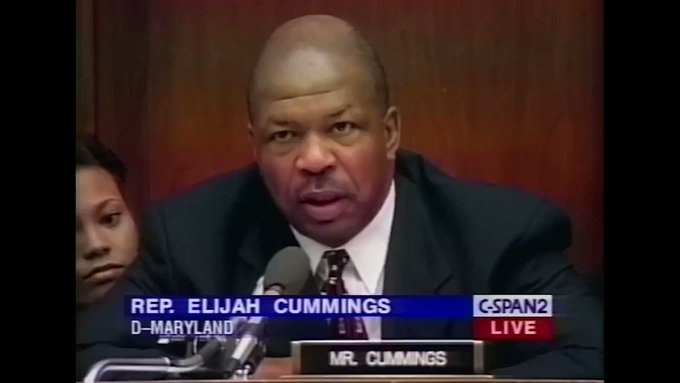 43.8K people are talking about this

Culled from TheCable, Trump had recently taken to Twitter to fire a barrage of tweets at Cummings, describing his district as a “rodent-infested mess” where “no human being would want to live.”
“Billions of dollars have been pumped in over the years but to no avail. The money was wasted or stolen. Ask Elija Cummings where it went. He should investigate himself with his Oversight Committee,” he said.
“If racist Elijah Cummings would focus more of his energy on helping the good people of his district, and Baltimore itself, perhaps progress could be made in fixing the mess he had helped create over many years of incompetent leadership.”

If racist Elijah Cummings would focus more of his energy on helping the good people of his district, and Baltimore itself, perhaps progress could be made in fixing the mess that he has helped to create over many years of incompetent leadership. His radical “oversight” is a joke!

56.7K people are talking about this
ADVERTISEMENT
In the past, Trump has also been criticized for his denigratory comments about Muslims, the growing African-American community, immigrants, and for referring to African countries as “shithole”.