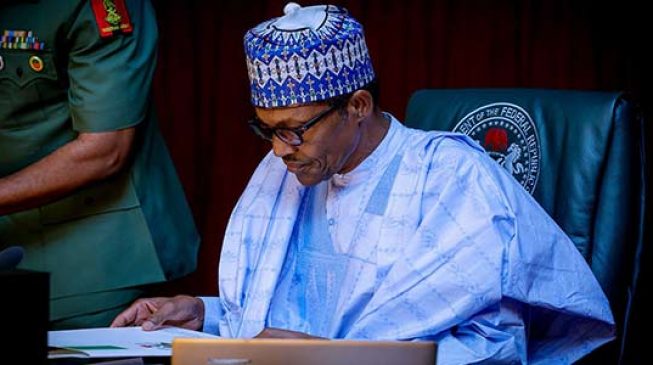 President Muhammadu Buhari has created five new ministries and assigned ministers to them.
The new ministries are:
ADVERTISEMENT
The president announced this on Wednesday while assigning portfolios to the ministers.
Before now, the ministry of police affairs was under the ministry of interior while the ministry of aviation was under that of transportation.
Buhari also separated the ministry of power from that of works and housing. While Babatunde Fashola headed the trio before, he will now head the last two. Sale Mamman is the new minister of power.
TheCable reports the president also merged finance and budget ministries to give the ministry of finance, budget and national planning. It is headed by Zainab Ahmed.
Buhari named Mohammed Maigari Dangyadi from Sokoto as the head of the police affairs ministry while Sadiya Umar Faruk from Zamfara is head the ministry of humanitarian affairs, disaster management and social development.
ADVERTISEMENT
George Akume,  ex-governor of Benue state, is head of the ministry of special duties and international affairs, while Hadi Sirika, former minister of state for aviation, is head the new aviation ministry.