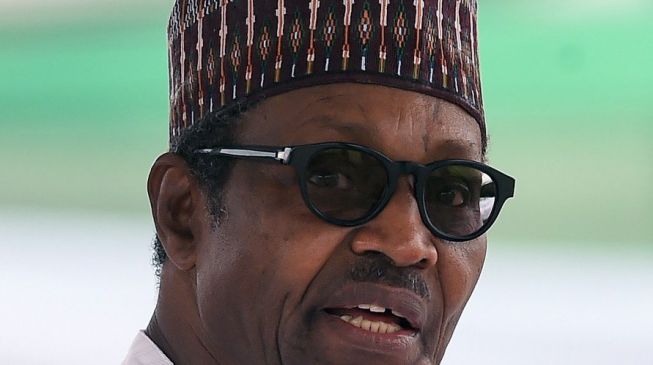 President Muhammadu Buhari says it is shocking how hate and bigotry inhabits the human soul resulting in brothers killing brothers.
TheCable reports that Buhari was speaking on the Tiv/Jukun crisis, and he asked the governments and people of Benue and Taraba to exercise restraint following the killing of David Tanko, a Catholic priest, in Kpankufu Village,Wukari, Taraba.
ADVERTISEMENT
The president made the call in a statement by Garba Shehu, his senior special assistant media and publicity, on Friday.
Suspected bandits had ambushed and killed the priest on his way to attend a peace meeting with his fellow clergymen.
The president directed the governors of the two states, stakeholders including traditional rulers of Tor TIV, Aku Uka of Wukari, religious and community leaders to meet urgently to bring an end to the persistent clashes between the warring parties.
The president said the murder of the Catholic priest highlights the urgency of addressing “this embarrassing and persistent conflict”.
He described the destruction, violent attacks on people and property in the communities by the warring parties as “unacceptable’’.
He said the federal government would not “sit idly and watch the deep-seated antagonistic relationship between the Tiv and Jukun people fester” .
“I have watched with trepidation and disbelief how hate and bigotry had inhabited the human soul, resulting in brothers killing brothers,” the statement said.
“On behalf of the Federal government and the entire people of the country, I offer my condolences to the Catholic community, the government and people of Taraba over the losses arising from recent incidents involving the warring communities.
“The persistent deaths and destruction and the seeming desire by the warring sides to push each other to extinction is embarrassing, and this is against the essence of our ethnic and religious diversity in the country.
“Progress is impossible where violence and destruction are allowed to dominate our daily lives.”
According to the president, the Tiv/Jukun violence is one of Nigeria’s most persistent and intractable security problems.
Buhari assured the affected communities that the federal government would not leave them to their fate or treat cases of communal violence with levity and indifference.
“The deployment of security men can only provide a temporary solution, “he said.
“The long term and lasting solution to this deep-seated antagonistic relationship between the warring factions depend on the willingness of those involved to listen to reason and give peace a chance.
“It is time for leaders of the ethnic groups to come together and draw up a roadmap for lasting peace.
“The impact of this persistent violence on the social and economic life of the people is incalculable. ”
ADVERTISEMENT
The president also said intervention from the federal level made up religious, community leaders and top security operatives was being put together by the office of the secretary to the government of the federation.
He said the intervention team would examine all issues underlying the conflicts in the hope of finding a permanent solution.