Joe Igbokwe: Anyone who says Buhari isn’t doing well is a liar from the pit of hell 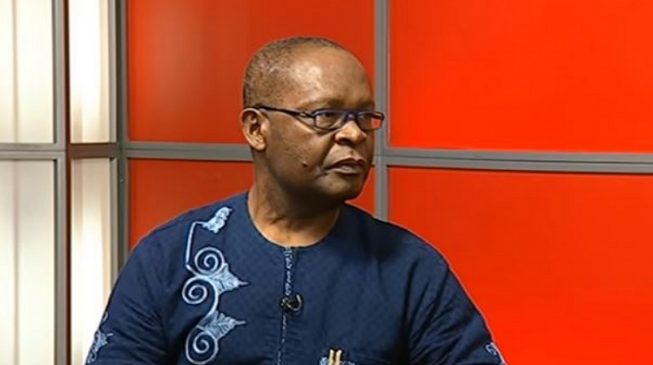 Joe Igbokwe, spokesman of the All Progressives Congress (APC) in Lagos state, says anyone who claims President Muhammadu Buhari is not doing well is a liar from hell, TheCable reports.
Speaking when he featured on Channels Television’s Politics Today on Monday, Igbokwe blamed the nation’s woes on the previous administrations since 1999.
ADVERTISEMENT
“The PDP was there for 16 years and we didn’t see anything. In the midst of plenty, I cannot lay my hands on anything,” he said.
“Support your leader, don’t be a distraction. Anybody who tells you Buhari is not doing well is a liar from the pit of hell, given where we are coming from.”
Although Igbokwe admitted the nation is faced with myriads of challenges, he, however, said they cannot be fixed in a single day.
“If the president can solve all the problems of Nigeria in one day, they would have done it in the 60s. It’s a continuum,” he said.
“As the population is growing, the problem will continue to grow. As Nigeria is growing, the problem will continue to grow. So problems will never disappear from the face of the earth.”
But Ken Olugbo, a member of the Peoples Democratic Party (PDP) who was also on the programme, tackled Igbokwe over Buhari’s performance in office.
Olugbo said the current administration has not fared well in its cardinal promises, lamenting the economic situation.
“I can’t condemn entirely everything that President Muhammadu Buhari has done. I have said it and I have tried to always be objective,” he said.
“But Igbokwe must admit that we are hungry. Nigerians are hungry. The economy is bad. We need to move to a next level (of economic prosperity).”
Olugbo compared previous PDP administrations with the APC government and admitted that his party made some mistakes.
He said despite that, the PDP performed better in office than the current administration.
“I am not saying we had a perfect government, let us stop that blame game. We have passed that era of the blame game,” he said.
ADVERTISEMENT
“We have always said it that PDP’s government isn’t perfect. In fact, Secondus apologised to Nigerians. For somebody to apologise, does that not tell you that we didn’t do well in a lot of areas?
“But we are looking at it. When you marry two wives, you compare the two wives. You have married the PDP, now you are married to the APC. Now Nigerians can see for themselves. We did better than what we are currently seeing.”