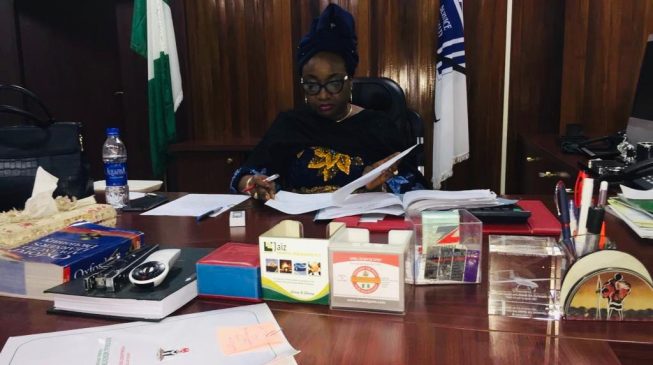 Winifred Oyo-Ita, the head of service of the federation, returned to her desk on Thursday following the rejection of her offer of early retirement by President Muhammadu Buhari, According to TheCable.
Oyo-Ita had last weekend sent in her letter directly to the president following pressure mounted on her to quit the job by her sons.
ADVERTISEMENT
The Economic and Financial Crimes Commission (EFCC) recently questioned Oyo-Ita over allegations that she used front companies to get contracts when she was a permanent secretary before her appointment as head of service by Buhari in 2015.
She vehemently denied involvement in any scam.
Oyo-Ita had been absent from public functions after the EFCC grilling, but she was present on Wednesday at the swearing-in of ministers after meeting with the chief of staff to the president, Abba Kyari.
TheCable learnt that insinuations that she was being victimised did not sit well with Buhari, who eventually turned down her offer to retire.
ADVERTISEMENT
Calls to Oyo-Ita’s phone did not go through, but one of her associates said she has put the matter behind her and would talk “at the appropriate time”.