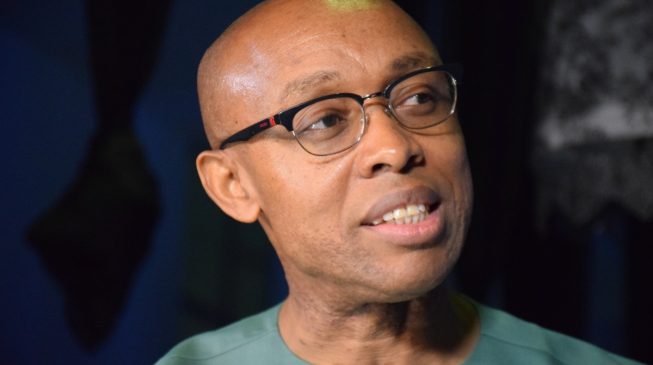 The Kaduna state government has filed a suit against Chidi Odinkalu, a former chairman of the National Human Rights Commission (NHRC).
In the suit dated March 18, 2019, TheCable reports that the government accused the human rights lawyer of inciting disturbance and furnishing false information which is punishable under the state’s penal codes.
ADVERTISEMENT
In February, Odinkalu had accused Nasir el-Rufai, governor of Kaduna, of lying about the number of casualties and the timing of the attacks on Kajuru local government area of the state where the governor had pegged casualties at 66.
The governor had described the killings as deliberate and designed to attract reprisals and destabilise the local government during the election.
Odinkalu negated the claim saying he contacted many sources in the state including residents, traditional and religious rulers and he could confirm that casualties were about 11.
The government, in the suit filed at the chief magistrate’s court of Kaduna state, said Odinkalu committed an offence with his comments.
The government further asked that a cause of criminal summons be issued against Odinkalu for “inciting disturbance, injurious falsehood, public nuisance, and furnishing false information punishable under section 77, 373, 104, and 150 respectively of the Penal Code Law of Kaduna state, 2017”.
Following another application filed by the government, the court, on March 22, gave an order for the Kaduna state command of the Nigeria Police Force to carry out an investigation on Odinkalu.
In a letter dated March 28, the Kaduna state judiciary wrote the deputy commissioner of police in charge of criminal investigation and intelligence department to effect the investigation.
When contacted, Yakubu Sabo, police spokesperson in Kaduna, said he would need time to check with the development on the matter as it is an investigative one.
“I will find out,” he told TheCable in a telephone interview.
“Since it’s something that has to do with the investigation, I will have to verify from the CID.”
Responding to a message seeking his reaction, Odinkalu said he had been invited previously by the police and he was treated politely.
“The police have statutory powers to investigate allegations of crime,” he said.
“It is a responsible organisation. When they do their work, we have a duty to cooperate with them. They have invited me previously. They treated me courteously. I have made a statement. In the end, truth, like pregnancy, can’t be hidden. Hopefully, the police will get to the truth in this matter.”
He added that he was yet to be served any summons.
ADVERTISEMENT
In 2017, Audu Maikori, Chocolate City boss, was arrested by the police on charges of incitement based on a petition by the Kaduna state government attributed to his tweet on killings in a town in southern Kaduna.
Maikori later retracted and apologised saying the information was false.