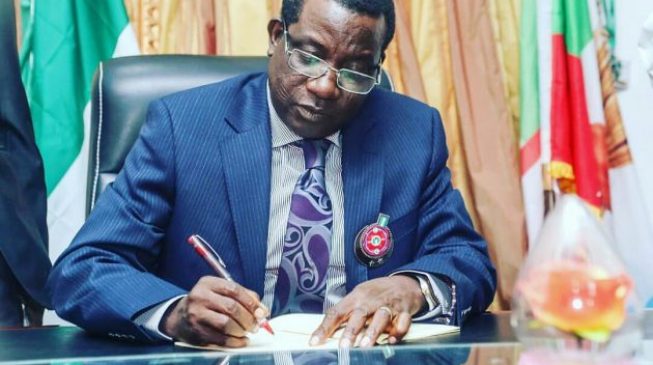 Simon Lalong, governor of Plateau, has sacked Richard Tokma as the secretary to the state government. (SSG).
Tokma had been the acting SSG since September 2018.
ADVERTISEMENT
In a statement issued on Thursday, Makut Macham, director of press and public affairs, said Danladi Atu has been appointed as SSG by the governor to replace Tokma.
TheCable reports that he also said the governor has appointed Noel Donjur as his new chief of staff.
“Plateau State Governor Rt.Hon. Simon Bako Lalong has announced the appointment of Prof. Danladi Abok Atu as the Secretary to the Government of Plateau State. Prof. Atu until now is the Director, Institute for Peace and Social Rehabilitation, University of Abuja,’’ he said.
ADVERTISEMENT
“Similarly, the Governor has appointed Noel K. Donjur as his Chief of Staff. Until his appointment, Mr. Donjur was a former Commissioner for Works and Current Member of the Plateau State Economic Council.”