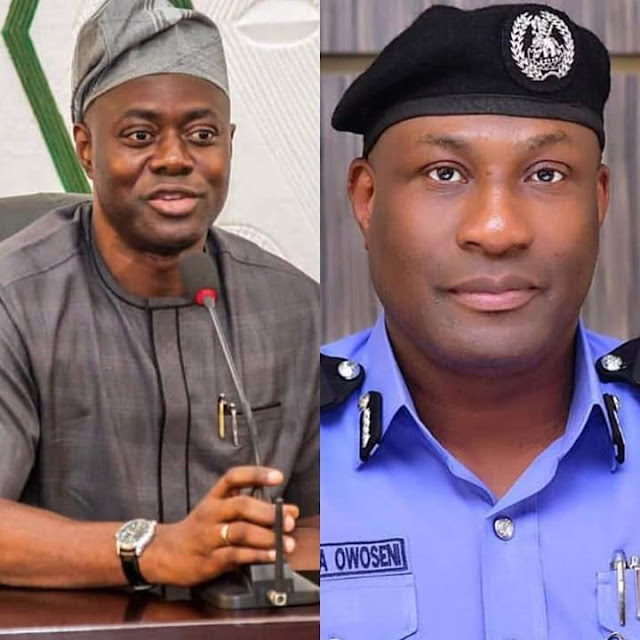 In a statement by his Chief Press Secretary, Mr Taiwo Adisa, the governor approved the appointment which took effect from August 1.
ADVERTISEMENT
According to him, Owoseni’s appointment was in line with the recognition of security as one of the four pillars of his administration in Oyo State.

Jetroyal Media reports that Makinde had also promised to unveil a new security architecture for the state before his first 100 days in office.

In the letter of appointment, he wished Mr Owoseni success in his new assignment and urged him to discharge his duties with absolute loyalty and dedication.
The retired Police Commissioner who was born on August 17, 1962, has a Bachelor of Arts in International Studies and Diplomacy from the University of Benin, and a diploma in Police Management (DPM) from the University of Jos.

He rose through the ranks as an Inspector of Police and became the Commissioner of Police in charge of General Investigations at the Force Criminal Intelligence and Investigation Department (FCIID), Abuja.

Owoseni served as the Commissioner of Police in Lagos State and was subsequently deployed to Benue at the height of the herdsmen and farmers clashes.
ADVERTISEMENT
The statement indicated that the newly-appointed special adviser would bring his wealth of experience garnered over the decades through many local and international assignments to bear on the security situation in Oyo State.