Melaye: My name is Daniel… I will not fall 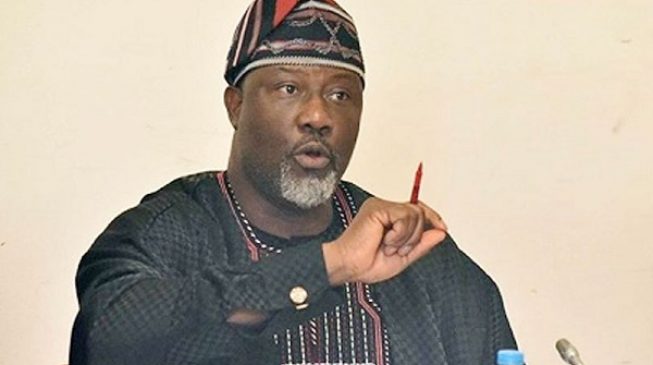 Dino Melaye, lawmaker representing Kogi west senatorial district, has described himself as Daniel, one of the prophets in the Bible, TheCable reports.
One of the most famous stories of Daniel was how he was thrown into a lion’s den for refusing to worship a king but he came out of the den unharmed.
ADVERTISEMENT
In an interview with Channels Television, Melaye, who was reacting to the judgement of the tribunal which sacked him and ordered a fresh election in the senatorial district, said he can never fail.
The senator had earlier declared interest in the November governorship election in Kogi. He said there would only be another election in Kogi west after he has been sworn in as governor of the senate.
Taunting Smart Adeyemi, his opponent in the election, the lawmaker said: “Smart Adeyemi is my political wife; I defeated him in 2015, I defeated him in 2019 and any day any time, he is my political wife.
“I want to say that I cannot be distracted and I will not be distracted. My name is Daniel; I will not fall… I am focused on my governorship ambition and we will get it. The only time there will be election for the seat of the Senate in Kogi West is after I am sworn in as the governor of Kogi State.
“That will necessitate vacancy but before then, there will be no by-election as a result of attempted robbery that is going on right now.”
He added that efforts were in place to appeal the judgement of the tribunal which he described as unfavourabel.
ADVERTISEMENT
“Spiritually we are already in the court of appeal; physically we will be there on Monday. The only election that will be conducted is the governorship election that I will win. My mandate is secured, my mandate is guaranteed,” he said.