NLC: We will not go on strike over minimum wage 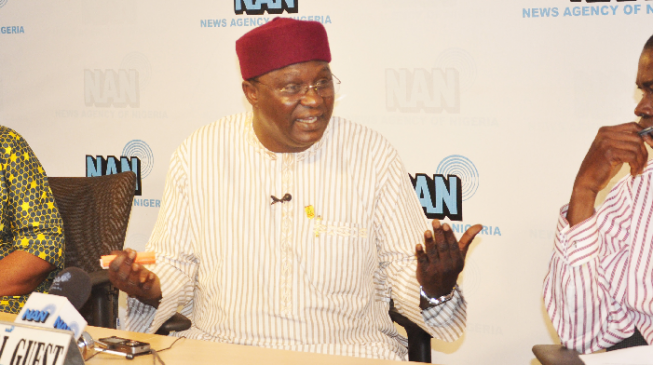 The Nigeria Labour Congress (NLC) says it has no plans to embark on nationwide strike action for the full implementation of the new minimum wage.
TheCable reports that Ayuba Wabba, the NLC president, told NAN on Friday that the congress would apply all available means to resolve disputes in the country.
ADVERTISEMENT
According to him, several organs of the congress would be consulted before any mass action or street protest is decided on.
“We would wish to inform our members and affiliate unions, civil society allies and the general public that the Nigeria Labour Congress is neither organising nor getting associated with any mass action or street protest over any issue in any part or every part of the country in the days ahead,” he said.
“Similarly, the decision to do a mass action or any form of protest is usually taken by those organs.
“Accordingly, we wish to state unambiguously that neither has such an issue has arisen nor a debate for a mass action taken place, let alone a decision to proceed on mass action.”
The labour union had recently rejected offers by the federal government for a staggered implementation of the minimum wage, saying it would be divisive.
A statement from the Salaries and Wages Commission had said the payment of the N30,000 minimum wage would be implemented in percentages across grade levels of civil servants.
It disclosed that only federal civil servants who earn less than N30,000 monthly would benefit from the implementation immediately.
The statement added that federal civil servants who earn N30,000 and above would still get their salaries adjusted after the negotiations with the unions.
A fresh negotiation, which was held Thursday in Abuja, got stuck as both parties failed to agree on wage percentage.
The deadlock has also delayed the payment of the N30,000 to junior workers in the federal civil service.
ADVERTISEMENT
The two parties have decided to reconvene on August 14 for talks.