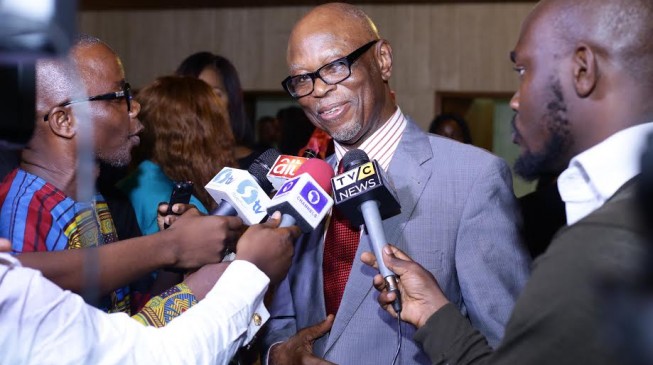 John Oyegun, former national chairman of the All Progressives Congress (APC), says the ruling party will have issues in 2023 general election.
In an interview with ARISE NEWS on Friday, he said the issues will arise because President Muhammadu Buhari, on whom the party had tailored its change agenda, will not be qualified to contest.
ADVERTISEMENT
TheCable reports that Oyegun said the party has time to resolve its internal challenges in order to retain victory in the next general election.
“When the APC was formed, all the predictions were that it will implode in another year or two, but the APC did not implode,” he said.
“The APC will have issues in 2023 and it has to start now, it has time to put its acts together for 2023. In 2023, there will be no President Buhari.”
The former APC chairman discredited allegations that the ruling party failed to accomplish any of its promises during its first term.
He said the change mantra is still being carried along in the current next level agenda.
“We never told you that we have that magic switch which immediately our president is turned into office, he flicks it, the whole of the country has change. No, it is a process and let me admit, the realities on ground turned out to be a little bit more difficult than we thought,” he said.
“Even as we move to the very next level, we are carrying change with us.”
Oyegun, who recently celebrated his 80th birthday, said he invited leaders of the opposition party for the sake of emphasising that politicians are not enemies.
“I wanted to make a point so I invited people across the party divide because we are not enemies, we all want to govern Nigeria.  We may have different methods, but that does not make us mortal enemies. So I thought that was an opportunity to make that point,” he said.
On the crisis within the party and Edo state, where he once served as governor, Oyegun said such should not be allowed to disrupt the goals of the party and the state.
He said he offered himself as the leader of the party during the 2015 elections because he wanted to contribute to the change agenda.
“We cannot this crisis in Edo state or even in the party. My message is that we must try to achieve a leadership that is by compromise, by agreement and that is inclusive. We must let the constitution, both of the party and the nation to be our guide,” he said.
“I have always believed that things can be done better.  That our politics does not have to be as aggressive as it is.
ADVERTISEMENT
“When we embarked on the doctrine of change, for me, this meant change for  everybody in the nation, change in our attitude, change in our respect for law, change in our respect for due process, change in our respect for what is right and our ability to differentiate it from what is wrong. And I offered myself for leadership because I wanted to contribute to that process, that our politics can be different.”