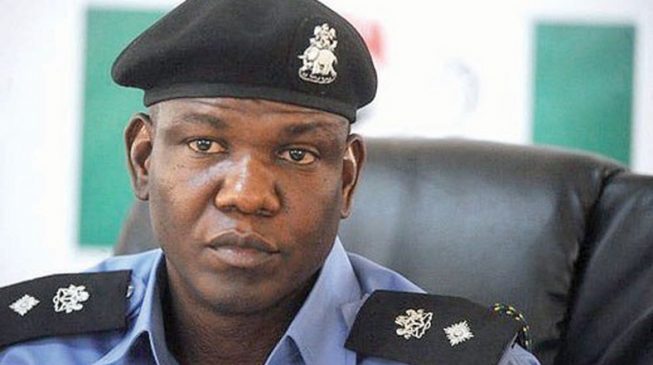 The police have accused the Nigerian army of being insensitive and unpatriotic in the manner it is handling the killing of three policemen by soldiers in Taraba state.
TheCable reports that in a statement on Thursday, Frank Mba, police spokesman, said it is not true the officers did not identify themselves at the military checkpoint where they were shot dead.
ADVERTISEMENT
Three police officers and a civilian were shot dead by soldiers at a checkpoint in the state. The policemen had arrested a kidnap suspect and were taking him along with them when the soldiers opened fire.
The army later said the soldiers mistook the officers for kidnappers.
Sagir Musa, army spokesman, said the soldiers were responding to a distress call on a purported kidnap incident within the area.
But reacting via a statement, Mba said the late officers had identified themselves as coming from the force headquarters.
“The most important question arising from the Nigerian Army Press Release is: Where is Alhaji Hamisu Bala Wadume? Alhaji Hamisu Bala Wadume is a millionaire kidnapper arrested by the Police but paradoxically treated as a ‘kidnap victim’ by the Soldiers and subsequently ‘rescued’ by them. Where is he? Where is the rescued kidnapper?” he asked.
“Secondly, the press release was silent on the source of the alleged distress report or identity of the complainant, on the strength of whose report, the Army claimed had informed their decision to engage in the purported chase and rescue operation.
“Needless to state that in the true spirit of transparency and accountability, the Nigerian Army ought to have arrested the purported distress caller – if any – for obviously and deliberately furnishing them with false and misleading information. Besides, such arrest should in fact be made public!”
He said a video of the incident circulating online shows one of the policemen shouting that they were deployed from the force headquarters and that some detectives from the Taraba police command were also among them.
ADVERTISEMENT
The police spokesman asked the army to provide answers to the following questions: