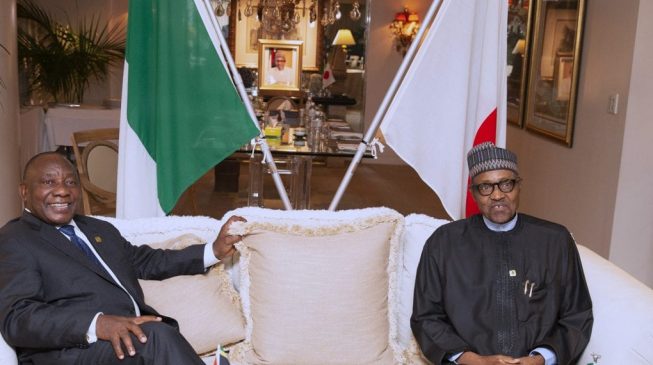 President Cyril Ramaphosa of South Africa has described as “upsetting” the killing of Nigerians in South Africa.
Fielding questions from reporters on the sidelines of the ongoing seventh Tokyo International Conference for Africa Development (TICAD7) in Yokohama, Japan, TheCable reports that the South African president said the trend necessitated the call for a meeting of the leaders of both countries.
ADVERTISEMENT
The presidency had earlier announced that President Muhammadu Buhari and his South African counterpart would meet in October to discuss issues relating to the well-being of citizens and also look at ways to strengthen the trade relations between the two largest economies in Africa. 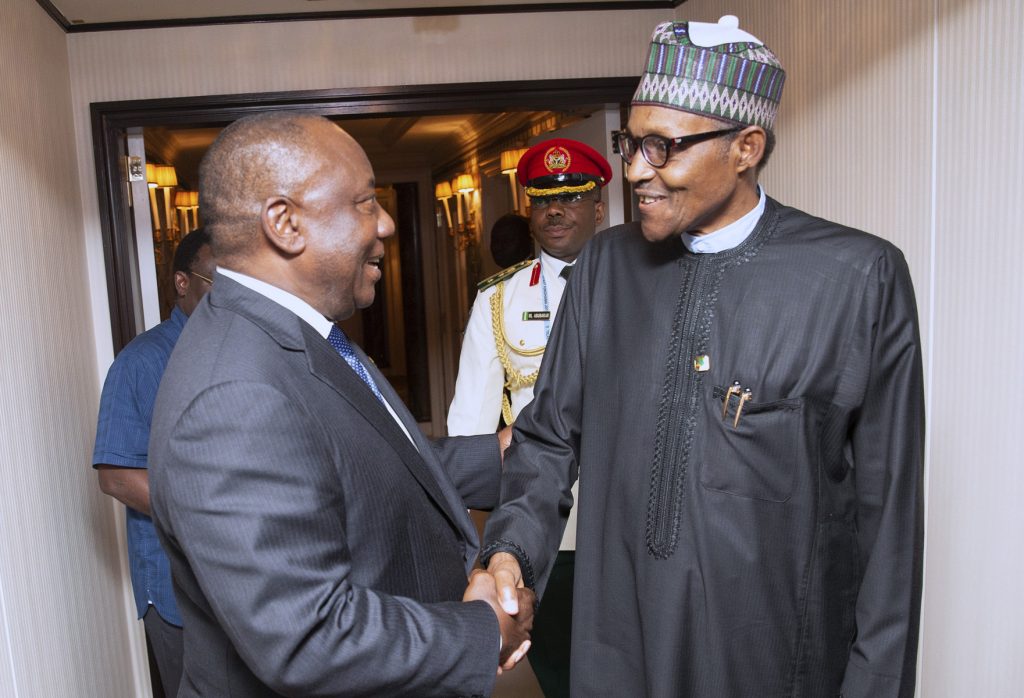 Ramaphosa and Buhari ‘renewing the bond of unity’
The South African president said the meeting he had with Buhari in Japan provided a good forum for both South Africa and Nigeria to renew the bond of unity between them.
“Well, no, no, we are going to be discussing all that because we have very good relations. We’ll talk about the issue of Nigerians who are dying in South Africa,” he said.
“We feel very upset about that. Obviously, our criminal justice system is working on it. We don’t support killings.
ADVERTISEMENT
“Nobody should ever be killed, but it’s also good to use this opportunity here in Japan to renew the bond between us, to talk about common things between South Africa and Nigeria. We know we have to play key roles in the overall development of the continent.”
Photo credit: Sunday Aghaeze