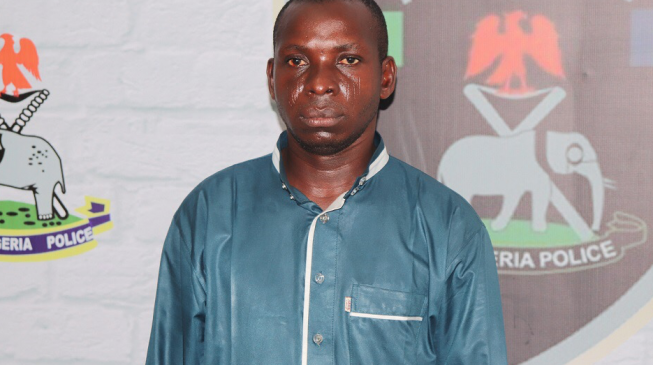 Hamisu Bala, suspected kidnap kingpin better known as Wadume, has narrated how soldiers freed him from the police in Taraba.
Wadume was being transported by police operatives over “high-profile kidnap incidents in the state” when some soldiers intercepted them, killing three policemen and a civilian before setting him free.
ADVERTISEMENT
He was re-arrested on Tuesday at a hideout at Layin Mai Allo Hotoro area of Kano state.
In a video released by the police and obtained by TheCable, Wadume, who spoke in Hausa, said the soldiers who rescued him cut off his handcuffs before setting him free.
“I am Hamisu Bala also known as Wadume that was arrested by the police in Ibi, after my arrest, on our way, some soldiers intercepted the police by shooting at the car and in the process some police men lost their lives,” he said.
ADVERTISEMENT
“The soldiers took me to their barracks and cut off the handcuffs and set me free and I escaped into hiding until I was arrested by the police yesterday.”