Sowore to remain in detention as court dismisses motion 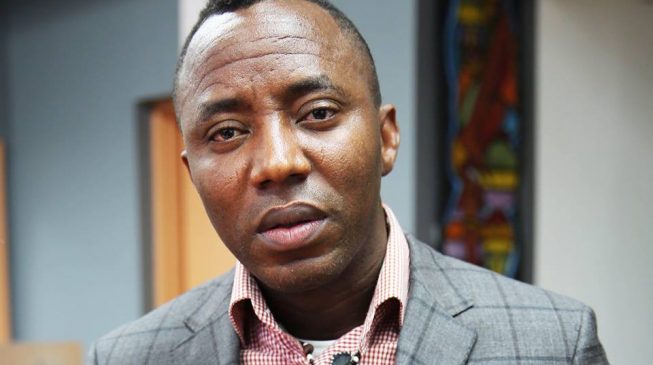 A federal high court in Abuja has dismissed an application challenging the detention of Omoyele Sowore, convener of ‘Revolution Now’ movement.
At its sitting on Wednesday, Evelyn Maha, a judge, said hearing the application would mean reviewing the court order directing the Department of State Services (DSS) to detain Sowore.
ADVERTISEMENT
TheCable reports that the judge said the motion filed by Sowore through Femi Falana, his lawyer, cannot be granted as the matter is already before another judge who granted the initial exparte order.
Sowore has been in detention since August 3. He was arrested on the eve of a nationwide protest organised by the movement.
The DSS accused him of threatening public peace and safety with the planned protest. After his arrest, the agency charged him with terrorism and subsequently secured a court order to detain him for 45 days.
To secure the order, G.O. Agbadua, counsel to the DSS, had told the court that the secret police needed the period to investigate him.
Taiwo Taiwo, the judge who granted the detention order, said he did so “only to the extent” of allowing the security agency to keep the respondent in custody for the 45 days to conclude its investigation.
ADVERTISEMENT
Sowore said the secret police it does not have the power to prosecute him on terrorism charges.