This 9-year-old Nigerian has built over 30 mobile games 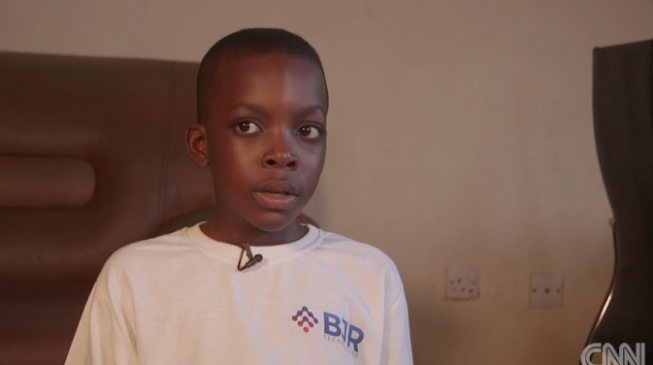 Basil Okpara, a nine-year-old boy who lives with his parents in Lagos, has reportedly built over 30 mobile games.
According to CNN, Basil builds the games using Scratch 2, a free programming application, which allows users to create games, animations, and stories.
ADVERTISEMENT
It takes him about 30 minutes to create a new mobile game. The boy, who expressed interest in building animal games, race games, and running games, is aspiring to become a scientist.
“In the future, I want to be a scientist. I have built over 30 mobile games. I like to build animal games, car race games, and running games,” Basil told CNN.
Basil’s interest in creating his games started two years ago when he got scolded for spending all of his time playing games. His father, Basil Okpara, snr, said his son had always shown interest in computers and was always playing games with his phone.
“He used to pick my phone to play games like candy crush, subway surfers, temple run, always playing games,” CNN quoted him to have said.
“There was this day he was on the tablet, as usual, he was so carried away with the game he was playing that I got upset with him. Then I told him instead of playing all these games, why don’t you build your own games so other kids can play?. I said it out of annoyance but he took it seriously.” 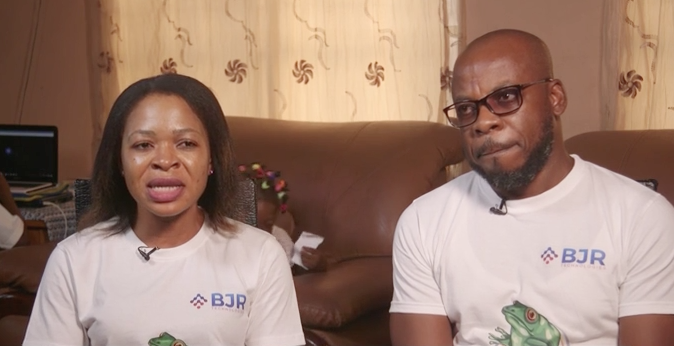 Basil’s parents
“So when I noticed he had a very serious interest in computers, I got him a laptop.”
In March, his father signed him up for a five-day boot camp organised by Codefest International for children between the ages of five years and 15 years. The training exposed children to emerging technologies like robotics and virtual reality.
“I learned how to build games at a boot camp. Now, I build to keep me busy when I am bored,” he said.
Basil’s games are still in their raw form and can currently only be accessed on computers that have Scratch 2 installed but one of the games, frog attack, will be available to the public on Google play store in August. 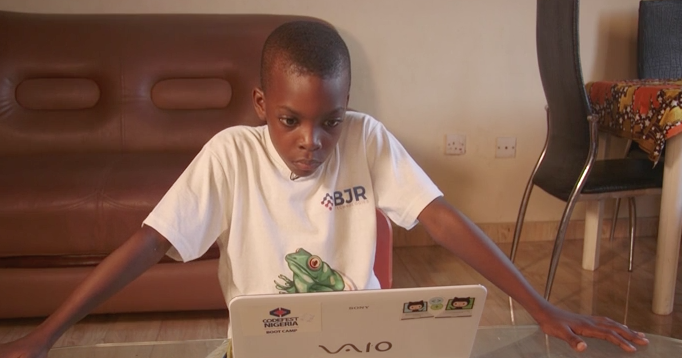 Basil: Thinking of coming up with another idea?
Fathia Abdullahi, a 12-year-old Nigerian girl, had also gained recognition after shecreated a robot that folds clothes in “three seconds” — barely a year after she started coding.
Culled from TheCable, the young programmer was said to have started coding at the age of 11.
Fathia had said she designed the robot prototype to fold T-shirts because “there are too many clothes to fold” during the weekends.
ADVERTISEMENT
The talented programmer said she intends to develop the tech for sale to the local market.