VIDEO: How FBI nabbed the Nigerians accused of fraud 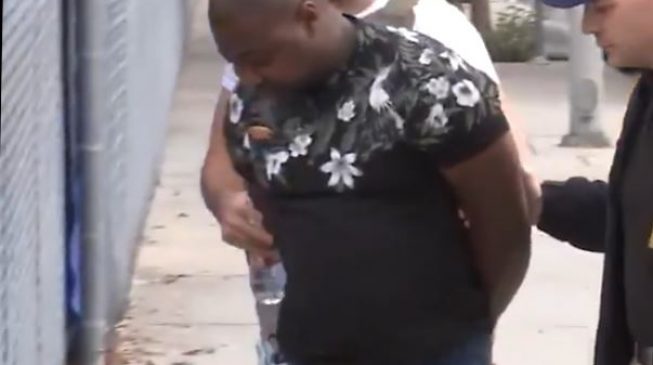 A video of operatives of the Federal Bureau of Investigation (FBI) arresting some Nigerians suspected of being involved in cyber-crime is currently trending online.
In the video, the detectives were seen fixing handcuffs on at least five suspects as they led them away.
ADVERTISEMENT
On Thursday, Nick Hanna, US attorney, had said a total of 80 suspects were being investigated for cyber-crime and money laundering, with 57 more being hunted globally.
According to TheCable, he had said investigations which began since 2016 showed that the suspects “many of who are from Nigeria” colluded with federal and state agents to dupe unsuspecting victims of their money.
He said the suspects were involved in schemes resulting in the fraudulent transfer of at least $6 million in fraudulently-obtained funds – and the overall conspiracy was responsible for the attempted theft of at least an additional $40 million.
The online independent newspaper had published a list of 77 suspects, all Nigerians.
ADVERTISEMENT
Below is the video of FBI cracking down on the suspects: