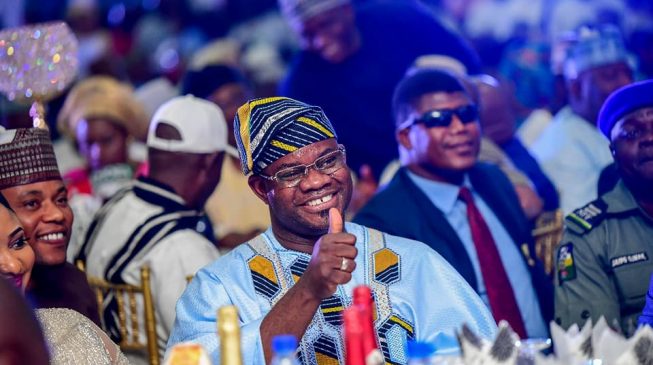 Yahaya Bello, governor of Kogi state, has emerged flagbearer of the All Progressives Congress (APC) for the November 16 governorship election.
A total of 3,596 delegates were accredited in the primary which held in Lokoja, the state capital.
ADVERTISEMENT
TheCable reports that the governor secured 3, 127 votes.
The aspirants who contested against Bello are Hadiza Ibrahim, Yahaya Audu, Danlami Mohammed, Yakubu Mohammed, Sani Abdullahi and Babatunde Irukera.
The primary committee set up by the national working committee (NWC) of the ruling party had disqualified some aspirants.
This will be the first major contest of Bello in a gubernatorial election as he was not the candidate of the APC in 2015.
Abubakar Audu, who defeated Bello in the primary election, died while collation of results was ongoing.
The leadership of the APC later picked Bello as the party’s candidate in the supplementary election.
ADVERTISEMENT
He had defeated Idris Wada, then the incumbent governor who contested under the Peoples Democratic Party (PDP).