You are reckless and irresponsible, Shekarau blasts Wike over ‘mosque demolition’ 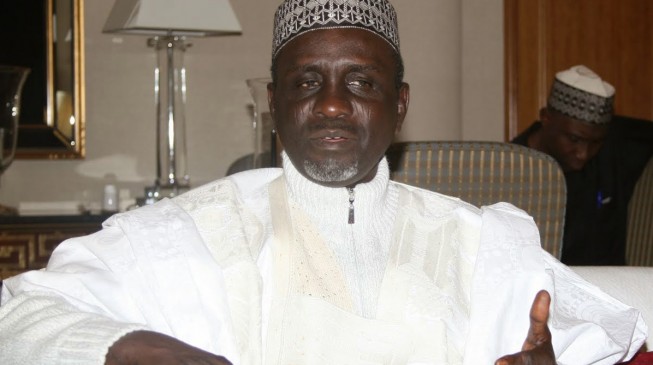 Ibrahim Shekarau, senator representing Kano central, has accused Nyesom Wike, governor of Rivers state, of attempting to truncate Nigeria’s democracy.
TheCable reports that the senator made the accusation while reacting to Wike’s reported demolition of a mosque in Rivers state.
ADVERTISEMENT
There has been a controversy over the demolition which the governor denied took place.
Aliu Sadiq, secretary of the mosque, had told TheCable on Monday that said the fence and foundation of the building under construction was pulled down by government officials.
Condemning the action, Sadiq said though the mosque had not been completed, prayer sessions were being held on the site.
In his statement, Shekarau said the action “manifests the highest forms of irresponsibility by a so-called elected official in this polity.”
“It is an attempt to truncate this nation’s democracy. It is a serious security threat,” he said, while calling on the federal government and security agencies to “call Governor Wike to order, and to hold him responsible for any breach of the peace that his actions and utterances could cause in this country.”
“This is not the first time this Governor would show his reckless side in utterances and actions,” the lawmaker said.
“It could be recalled that last year, he threatened his own Peoples’ Democratic Party (PDP) hierarchy that they either hold the party’s convention in Port Harcourt or, as he vowed, risk his destroying the party.
“Rather than risk the wrath of this single, reckless and irresponsible individual, the party’s leaders sheepishly acquiesced and danced to his whims by going to Rivers for their convention.
“In the end, I call on the Muslim community in Rivers State and Muslims throughout Nigeria to remain calm and law-abiding. Let us not copy Wike’s despicable attitude and unruly behaviour.
“Let us not lose our sense of decency, as two wrongs do not make a right. We shall however encourage Rivers State Muslim Community to be firm and focused; to pursue their constitutional right in the court of law as they did and won their cases in the past.
“This time, they will demand the rebuilding of Trans-Amadi Mosque and the payment of compensation. They will also demand Governor Nyesom Wike to unreservedly apologize to Nigerians.”
ADVERTISEMENT
The two-term governor of Kano state said while in office, he appointed Christians into position of authority.
He also said it was improper for Wike to declare Rivers as a Christian state, arguing that such cannot happen in a secular nation like Nigeria.