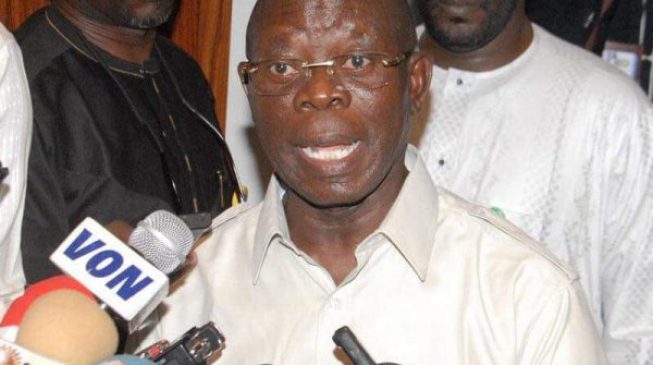 Adams Oshiomhole, national chairman of the All Progressives Congress (APC), has asked the federal government to take over MTN in order to send a strong message to South Africa over the attacks on Nigerians based in the country.
On Monday, shops and properties of Nigerians were looted and destroyed in different parts of South Africa.
ADVERTISEMENT
Speaking with journalists on Thursday in Abuja, TheCable reports that Oshiomhole said Nigeria should not sacrifice its interest because it wants to play the big brother role.
“In order to send a very strong message to South African authorities and the South African people, it is worth it for the Nigerian government to take steps to take over the remaining shares of MTN that are owned by South Africans so that MTN becomes fully Nigeria-owned,” the APC chairman said.
“If Nigeria decides at least for the next 30 days to stop using MTN, they would have sent a clear message.
“We should no longer sacrifice our own national interest just because we want to be the big brother of a people that do not recognise the role, the enormous and the huge sacrifices that our country has made over the years to protect and defend the interest of the African continent.
ADVERTISEMENT
“While South African government is envious of the small businesses which Nigerians are involved in South Africa, South African companies are making billions of dollars from the Nigerian economy year in year out and repatriating same out of Nigeria.”