Adoke: How EFCC desperately cooked up evidence against me over Malabu 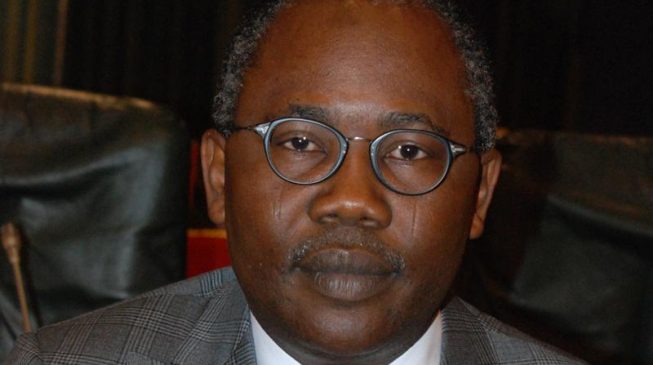 Mohammed Bello Adoke, the former attorney-general of the federation, says the Economic and Financial Crimes Commission (EFCC) manufactured evidence to implicate him in the bribery allegations over the Malabu/OPL 245 transaction.
The senior advocate is currently on self-exile, alleging that the EFCC wants to humiliate him and also insinuating that there were plans to assassinate him because of the “powerful toes” he stepped on as AGF between 2010 and 2015.
ADVERTISEMENT
Adoke made these allegations in his memoirs, “Burden of Service: The Reminiscences of Nigeria’s Former Attorney-General”, published by Clink Street Publishers in London and New York and seen in advance by TheCable.
He vehemently denied taking any bribe — “not even a cup of tea or a slice of cake” — in the $1.3 billion OPL 245 deal involving Malabu Oil and Gas and two oil giants, Shell and ENI, which has become a subject of criminal prosecutions in Italy, the home of ENI.
In June 2019, Ednan Tofik ogly Agaev, a former Russian ambassador, told an Italian court that he was pressured, under interrogation by the FBI, to mention Adoke’s name as one of the recipients of the $400 million bribes allegedly paid to government officials in the deal. Agaev later refused to adopt his statement to FBI in court, saying that he did not mean for it to be used against him.
Also, on July 17 in the same Italian court, Vincenzo Armanna, a former ENI manager, said Adoke confronted ENI officials that if any one gave or took bribe over the OPL 245 deal, they would be arrested and prosecuted.
In his memoirs, Adoke said when the EFCC could not find anything incriminating against him in the OPL 245 transaction, they decided to twist a failed mortgage deal to accuse him of money laundering.
‘GOOGLE MY NAME’
He wrote: “Google ‘Mohammed Bello Adoke’. You would be sure to find allegations of fraud and money laundering associated with the name. Given a gun, you would happily shoot the bearer of that name. You would deny him a decent burial too. Going by what has been planted in both foreign and local media about him, you would conclude that he should remain a persona non grata.
“It has taken the combined onslaught against my person by the EFCC and its Nigerian media propaganda arm – in collaboration with some sinister elements in the Civil Society Organisations (CSOs) – to paint me this black. The media and civil society collaborators may not altogether be blamed, considering the extensive grand plan of the EFCC. But they can’t be totally absolved either for not independently digging deeper. They have failed in their role to closely interrogate whatever they are being fed with. They must take responsibility for abandoning their sacred duty to humanity. They failed me by swallowing twisted facts hook, line and sinker, despite unassailable documents that I had placed at their disposal. My story here will, hopefully, offer the public the opportunity to ask pertinent questions and set the records straight.
“But first, it is important to understand the modus operandi of the EFCC as exemplified by the media reportage on the case they filed in court in respect of the OPL 245 transaction. On 21 December 2016, the EFCC filed a nine-count charge against me and eight others at the Federal High Court, Abuja. Curiously, it was only my name that appeared in the headlines of most news reports. That alone would make it appear to the undiscerning public that the entire court case was about me. The EFCC typically spins the focus of reports to suit certain narratives and leaks them to their trusted media propaganda arm, which in turn insinuates them through highly publicised channels. Soon their quarry makes the ‘Breaking News’ and then operatives of the EFCC will jump from their vantage corners to play heroes of anti-graft wars!
“The court case was blackmail, pure and simple. It was clear to me that many people who served under President Jonathan were being extorted. In my case, in the absence of any concrete evidence to put me on trial, the EFCC became desperate. From what I have gathered, some former ministers have had to dispose of their assets in order to meet up with the bribes being demanded by the EFCC and to forestall the sort of media trial I have had to endure. From the beginning, I had vowed not to succumb to any form of blackmail. But that has exerted a heavy price. The cross I have had to bear is evident all over the internet. Just Google my name.
“I refused to play ball with the blackmailers, choosing rather to go to court to seek judicial interpretation of the constitutional provisions relating to my role in the transaction. From the charge sheet, it was very glaring that the EFCC had nothing on me. All they could do was to twist the facts and use the online media to amplify the defamation of my character. It was nothing short of a well-orchestrated mischief, indeed. I issued a statement announcing my resolve to clear my name. I listed the names of prominent Nigerians and government officials who were part of the negotiations from 1998 till 2011 and wondered why those people were not charged to court as well for ‘conspiring’ to commit and for ‘facilitating’ fraud.”
‘DESPERATION WAS UNMISTAKABLE’
He said the EFCC then pulled the next trick from their “repertoire of infamy”.
“On 30 January 2017, the anti-graft agency filed a five-count charge against Alhaji Aliyu Abubakar, a property developer, and me at the Federal Capital Territory High Court, in Abuja. According to sensationalised media reports, I was charged with collecting a bribe of $2,267,000 in the Malabu deal. The bribe money was purportedly paid to me by Alhaji Abubakar through a bureau de change in September 2013,” he wrote. 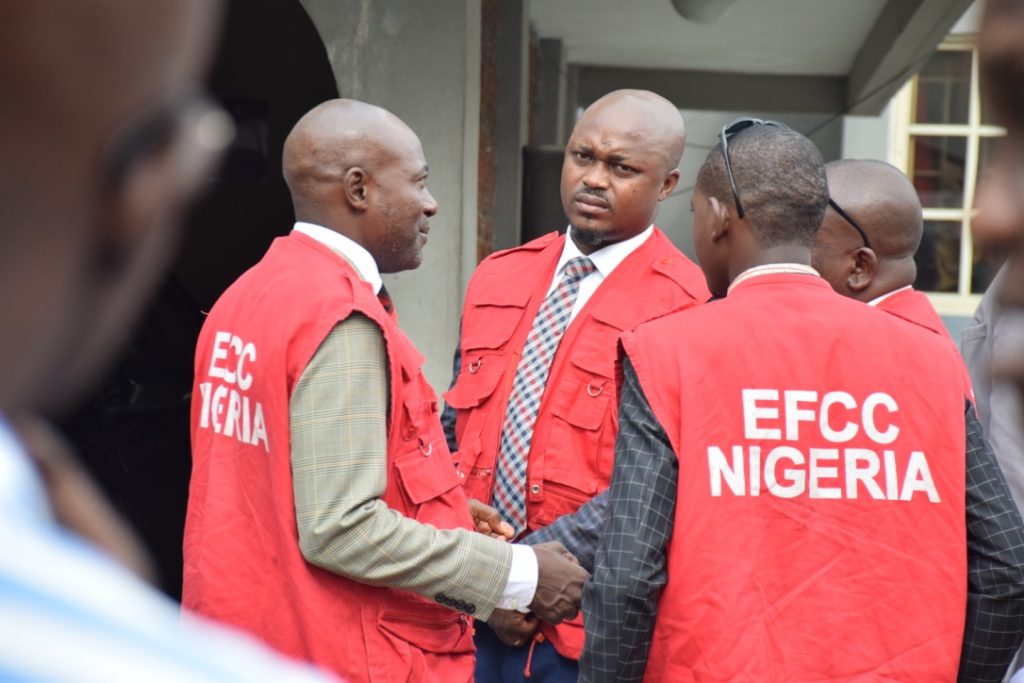