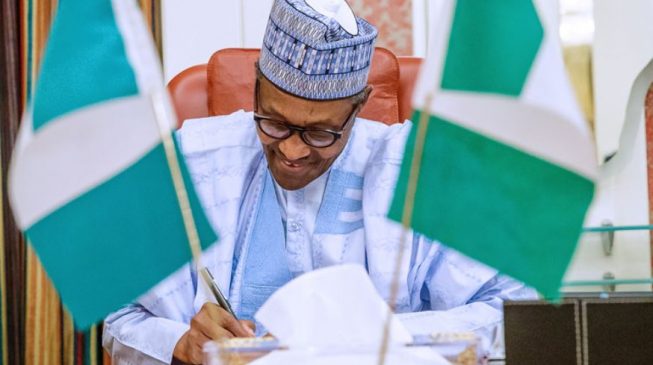 PEPT TALK
A lot has been said about the unanimous decision of the Presidential Election Petitions Tribunal (PEPT) to dismiss Alhaji Atiku Abubakar’s petition against President Muhammadu Buhari. While we are still debating it, I think the judgment provided enough grounds for Atiku to head to the Supreme Court if he so wishes. It seems the most contentious issue is whether or not Buhari lied on oath when he said his secondary school certificate was with the military authorities — who denied having it. The tribunal does not think it is perjury since Buhari, who attended several post-secondary institutions, is eminently qualified and did not need to lie about a basic certificate. Remarkable.
DISAPPOINTED LOVE
The last thing you expected Nigerian returnees from South Africa to do is sing the national anthem, but that was exactly what they did when Air Peace airlifted them for free from the xenophobic country. Chief Allen Onyeama, chairman of the airline (God bless him), said he was moved to tears. I was moved to tears too. I have always maintained that Nigerians love their country. Their anger and bitterness are as a result of disappointed love and unfulfilled dreams. This incident further renews my faith in the country despite all the discouragement around me. Everything to make Nigeria great is here. Who will heal our wounds? Who will unite us? Who will inspire us? Posers.
VAT RISE
The federal executive council has proposed to increase the rate for value-added tax (VAT) from 5 percent to 7.5 percent in 2020 to improve our revenue profile. Predictably, Nigerians are not enthusiastic about it. But that is not my point. Mrs Zainab Usman, the finance minister, said the proposed increase is subject to the approval of the national assembly which will have to amend the law. Not so, Madam Zainab. Section 38 of the VAT Act says the minister “may by order published in the Gazette amend the rate of tax chargeable”. It is very interesting that the senate has already promised to “summon” the minister over it. Hilarious.
ADVERTISEMENT
SEUN’S ‘SIN’
Mr Seun Onigbinde, co-founder of BudgIT, has been appointed as a technical adviser in the ministry of budget and national planning. That is not the news, though. Having been a fierce critic of the Buhari administration, he was immediately subjected to serious scrutiny on Twitter over his past vicious tweets against this government. This is a situation critics face all the time. Some are questioning why he should serve the same government he has been so critical of — but many also think it is an opportunity to practise what he has been preaching. There is no doubt that he is eminently qualified for the job and he will be a plus to the system. Never say never. Pragmatism.