Boss Mustapha: There’s no democracy without freedom of press 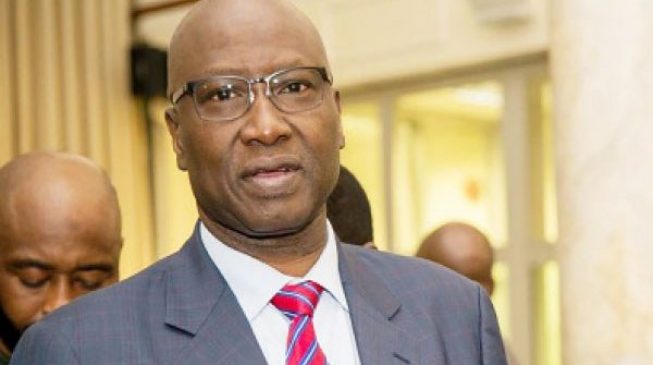 Boss Mustapha, secretary to the government of the federation, says real democracy cannot exist anywhere in the world without the freedom of the press.
Some journalists have been arrested and charged for doing their job under the Buhari administration.
ADVERTISEMENT
But speaking at a dinner organised in honour of editors and media partners by the media unit of the state house, Abuja, on Thursday, Mustapha said the government will not muzzle the press as it performs the function of providing the public with reliable and quality information.
He, however, called on media organisations to partner relevant stakeholders in combating the menace of fake news and disinformation in society.
According to him, fake news is inimical to the well-being of any organised society.
“We will continue to support an independent media that gives the public credible news, enlightens us to think more critically and act more honourably to address pressing national challenges, ” Mustapha said.
“We will equally support efforts from media organisations to combat disinformation in all forms, especially fake news which are detrimental to the peace, security and unity of the nation.”
Regarding the event, the SGF said it was a manifestation of the fact that “this administration values the contributions of the media in nation building”.
“That is why in the past four years, the PCT has provided a platform for key government officials to regularly engage editors and media managers in-camera briefing sessions to exchange views on some pressing challenges facing our dear country,” he said.
He said the quarterly briefing sessions had provided an opportunity for the government to showcase its agenda to the Nigerian people and forge stronger partnerships and synergy for the benefit of the citizens.
“I make bold to say that since I assumed office as secretary to the government of the federation we have run a government that is accountable to the public by all standards,” he said.
“The Buhari administration has laid a solid foundation for Nigeria’s economic development through massive investments in agriculture, power, transportation infrastructure and manufacturing.
“The anti-corruption fight is upbeat. The control measures to tackle leakage in public resources have saved us billions of naira, while those who stole our common patrimony are being made to return what they illegally acquired for themselves and their cronies through the legal process.”
He gave an assurance that the Buhari-led administration would continue to partner the media in its determination to place Nigeria on the path of rapid growth and sustainable development.
ADVERTISEMENT
“We will always count on your role as the watchdog of the society, partners in progress, and the conscience of the nation,” he said.